Last year, Sony released a flash-based version of their PlayStation 3 to European markets with 12GB of on-board storage. It appears that we’ll be getting the same treatment in North America as FutureShop listed a $199 variant of the console this side of the Atlantic.

The posting has since been removed, but Engadget managed to grab a screenshot of the page before it went down, including some pretty official-looking packaging. One of their readers also happens to work at Kmart in the USA, and they sent in a photo of the box, alongside its “DO NOT SELL OR DISPLAY PRIOR TO 08/18/2013” label.

This is pretty much all but confirmed from Sony, and it seems a pretty silly thing to go all this way to seem real on, so we’ll take it for what it is and say that there will be a $199 PlayStation 3 out in the market in the next week or so. We’ll keep you posted when it actually happens. 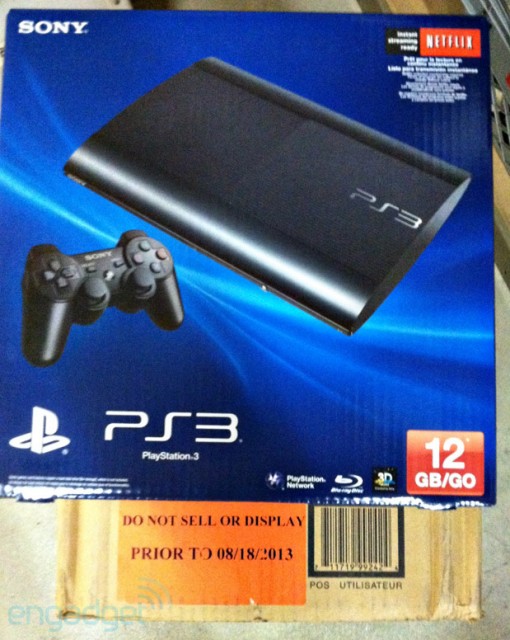