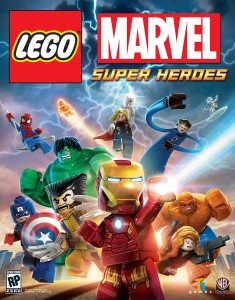 To say that Nintendo dominated the press today is no exaggeration! Between the controversial announcement of the 2DS revision, and relenting to the long-awaited desire for a Wii U price cut and high-profile bundle, the Big N certainly had the industry’s undivided attention today, for better or worse! They didn’t stop the momentum either, cementing just about all unconfirmed release dates for 3DS and Wii U games set to arrive before the end of this year, placing a few that fans had been clamouring for for a while!

The only exception for 3DS is the widely multi-platform LEGO Marvel Super Heroes, which is still simply slated for Fall 2013 on Nintendo’s current handheld, despite being confirmed for an October 18th release on current consoles, and having been confirmed as a November launch title for PlayStation 4 and Xbox One. Nonetheless, Nintendo revealed a subtitle for the 3DS edition, which is now fully titled, LEGO Marvel Super Heroes: Universe in Peril, to perhaps acknowledge that it’s not the same game as its Wii U counterpart. No word yet on whether the DS and Vita versions of the game will share this subtitle, nor when they’re releasing themselves.

Also on the 3DS docket, Nintendo finally gave a solid release date to highly anticipated The Legend of Zelda: A Link to the Past sequel, The Legend of Zelda: A Link Between Worlds. It’s releasing at retail and digitally via the 3DS eShop on November 22nd. Likewise, Nintendo also confirmed an official title for the 3DS’s upcoming Mario Party game, Mario Party: Island Tour. It will also release on November 22nd both at retail and via the 3DS eShop. Both games will sell for the usual price of $39.99.

From there, Nintendo confirmed that 3DS editions of Skylanders: SWAP Force and Adventure Time: Explore the Dungeon Because I DON’T KNOW! will arrive day and date with their console counterparts; October 13th for the former, and November 19th for the latter, not counting the PlayStation 4 and Xbox One editions of Skylanders: SWAP Force, which are launch titles arriving later in November. Lastly, Nintendo confirmed a solid release date for both the 3DS and Wii U editions of Scribblenauts Unmasked, which will arrive on September 24th.

This places the rest of the 3DS launch schedule for 2013 as follows:

The 3DS slate looks plenty healthy, which should keep the high sales and acclaim of Nintendo’s handheld going strong for the remainder of the year. Of course, the Wii U is a different story, as the console’s sales have been slow, and many have feared that they’ll only get slower after the PlayStation 4 and Xbox One become available. 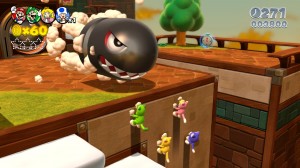 Despite that, Nintendo is offering even more Wii U titles for the remainder of 2013, which, when paired with the price drop and the The Legend of Zelda: The Wind Waker HD bundle, should hopefully help to increase sales. On this note, Nintendo has also confirmed that, while The Legend of Zelda: The Wind Waker HD will be arriving at retail for both North America and Europe on October 4th, it will actually be available to download from the Wii U eShop two weeks early, on September 20th.

This could be seen as an attempt to further experiment with enticing more people to download games from the eShop by offering digital copies online ahead of a game’s retail release, similar to a recent trend of movie purchases being offered digitally several weeks ahead of their physical DVD and Blu-Ray releases. Nintendo previously allowed people who specially ordered digital Pikmin 3 copies at Gamestop and GAME to download and play it a day ahead of its official release date. New Super Luigi U was also offered as early DLC for New Super Mario Bros. U in June, with an independent physical retail copy not being made available until August.

Anyway, while most of the Wii U release dates have already been solidified for the remainder of 2013, two unconfirmed dates, for Donkey Kong Country: Tropical Freeze and Super Mario 3D World, have been finalized. They’ve also been swapped, after Donkey Kong Country: Tropical Freeze was originally planned to release in November, with Super Mario 3D World set to arrive in December. It’s the other way around now.

Nintendo appears to have switched the months to be able to sell a mainline Mario game and Zelda game on the same day, with Super Mario 3D World now arriving on November 22nd, alongside The Legend of Zelda: A Link Between Worlds and Mario Party: Island Tour, leaving Donkey Kong Country: Tropical Freeze to take its place on December 6th. This is likely to give Nintendo a foothold for the Black Friday rush, since they’ll no doubt face mass consumer hysteria over shortages and demand for the competing PlayStation 4 and Xbox One. Perhaps to compensate for the swap, Donkey Kong Country: Tropical Freeze appears to be releasing for a slightly discounted $49.99, with Super Mario 3D World retailing for the usual $59.99.

Nintendo still hasn’t set final release dates for Wii Fit U nor Mario and Sonic at the Sochi 2014 Olympic Winter Games, but both are still set to come to Wii U in time for the Holiday season. At the very least, the Big N compensated by revealing that Wii Party U will sell for a discounted $49.99 on October 25th, and will come bundled with a free Wii Remote Plus.

This leaves the Wii U release slate for the remainder of 2013 as follows:

Viewed at a glance like this, the Wii U lineup for the rest of 2013 hardly seems as unhealthy as some would have you think! In fact, the Wii U is enjoying even more high-profile offerings than the strong-selling 3DS, which will probably largely sustain itself on Pokemon and Zelda for the remainder of the year, along with perhaps Animal Crossing: New Leaf and Luigi’s Mansion: Dark Moon from earlier this year. Wii U gamers on the other hand seem to have plenty more high-profile options.

So, there you have it, Nintendo gamers! Nintendo has laid out what to expect for the remainder of 2013 on both their console and handheld! We at Eggplante will be delivering reviews for many of these games throughout the remainder of the year, and will continue to deliver you news on all things Nintendo, as it drops!