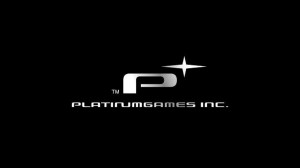 PlatinumGames co-founder, Hideki Kamiya has been doing press rounds for the studio’s latest offering, that being Wii U exclusive, The Wonderful 101, set to release in North America on September 15th. Kamiya served as both story planner and director for the project. In discussing the game, Kamiya confirmed interest in a sequel if sales are good enough, and just how much the loveably eccentric independent Japanese developer loves working with Nintendo.

In fact, they may love working with Nintendo so much that they may never want to leave! When IGN Beleux asked Kamiya about his thoughts on having the studio become a second-party studio working exclusively for Nintendo, he was enthusiastic about the idea.

“I would love that! It would be great to work more closely with Nintendo!” he declared, in no uncertain terms.

This is likely just Kamiya’s personal opinion, but the confidence and enthusiasm with which he answers the question does seem to indicate that the idea has been kicked around behind closed doors. Of course, the final decision would no doubt rest with PlatinumGames’ president, Tatsuya Minami. Still, given that PlatinumGames’ entire development slate currently only consists of Bayonetta 2, another Wii U exclusive to be published by Nintendo, one has to wonder if PlatinumGames may be interested in shacking up with The Big N permanently. 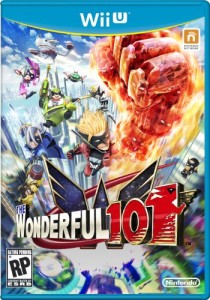 Previously, PlatinumGames worked under an exclusive publishing deal with Sega, which originally spanned four games. The deal was extended to a fifth, that being Anarchy Reigns, which only made it outside of Japan this past January, to middling feedback and sales.

PlatinumGames was also hired by Konami to revive and develop the previously cancelled Metal Gear Rising: Revengeance, which finally saw a public release after several delays and production stalls since its 2009 announcement back this past February. The game successfully arrived on Xbox 360 and PlayStation 3, with the also-announced PC port apparently on the way later.

Given that Sega has now inked an exclusive three-game publishing deal with Nintendo, which begins with this October’s Sonic: Lost World, perhaps PlatinumGames being carted along was something of a domino effect. It’s a great one however, given the positive early feedback on The Wonderful 101’s final product, and the high pre-release buzz of Bayonetta 2. Originally, Sega passed on publishing Bayonetta 2 after publishing the original, almost leading to the game’s cancellation before Nintendo stepped in to salvage the sequel, volunteering to publish it themselves after Sega recommended Nintendo for the gig.

Speaking of Bayonetta 2, Kamiya also expressed his desire to port the original Bayonetta, currently only available for Xbox 360 and PlayStation 3, to Wii U, in order to allow Nintendo gamers to play the previous game before enjoying the upcoming sequel next year. He also lamented that it wasn’t ultimately up to him however, and Nintendo, Sega and PlatinumGames would all have to come to an agreement to allow that to happen. Still, again, given Kamiya’s high standing in the company, it’s probably another idea that’s been pitched behind closed doors. We’ll have to see if it ends up happening.

Of course, a Wii U port of Bayonetta will probably be much more likely to happen if PlatinumGames did decide to become a second-party Nintendo developer. While the outfit’s most successful games, specifically Bayonetta and Metal Gear Rising: Revengeance, were released only for Xbox 360 and PlayStation 3, the studio’s debut effort was actually a Wii exclusive, MadWorld, which received favourable reviews, but sold poorly at retail. Thus, their close relationship with Nintendo is nothing new.

It’s easy to see why PlatinumGames and Nintendo get along so well, given that they’re both companies that believe very much in new and unexpected gaming experiences, and who don’t mind being seen as a little eccentric in the process. If PlatinumGames were to permanently join the Nintendo pantheon, they’d join a handful of other highly beloved Nintendo-exclusive developers, including Intelligent Systems, HAL Laboratory, Game Freak, Retro Studios, and most recently, Monolith Soft, who were sold to Nintendo by Namco, shortly before Namco’s merger with Bandai.

Of course, nothing is official in the slightest at this point, but we have to admit, PlatinumGames becoming a second-party Nintendo developer makes a whole lot of sense, and clearly Kamiya agrees! Critical sentiment would also seem to reflect that optimism, as several early reviews have declared that The Wonderful 101 has presented much of the best use of the Wii U technology by another developer so far.

The studio could well be the answer to the Wii U’s current sales woes. Nintendo has taken responsibility for the console’s slow sales, stating that they need to do a better job making more compelling and creative games that take effective advantage of the unique Wii U technology, compared to the more traditional console technology in the competing PlayStation 4 and Xbox One. Well, who would prove a better ally for that task than PlatinumGames?!

Would you like to see PlatinumGames join Nintendo’s second-party developer roster? Do you think that they could reverse some of the Wii U’s ill fortunes? Would you rather that the studio went back to PlayStation and Xbox development and instead got to work on that Metal Gear Rising sequel that so many fans want? If PlatinumGames were to become a second-party Nintendo developer, would you be upset if, like Bayonetta 2, a second Metal Gear Rising game thus became exclusive to Wii U? As usual, we welcome your comments on this below…

Oh, and don’t forget to stay tuned for our own review of The Wonderful 101, which will go live sometime over the next few weeks!