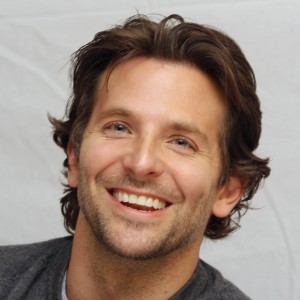 The final lead cast member for 2014’s Guardians of the Galaxy has been decided! After initially rumoured a little while ago, Marvel Studios has confirmed that The Hangover’s Bradley Cooper has indeed been cast as fan-favourite Marvel alien, Rocket Raccoon. This finally marks all of the titular Guardians’ roles being cast for the team’s big screen debut.

Cooper joins an ensemble of other leads, including Chris Pratt as main protagonist, Peter Quill, better known as Star-Lord, Zoe Saldana as Gamora, Dave Bautista as Drax the Destroyer, Vin Diesel as Groot, John C. Reilly as Rhomann Dey, and Glenn Close as Nova Prime, who is now re-imagined as a female character for the Marvel Cinematic Universe. The movie will also include many antagonists, between Karen Gillan’s Nebula, Benicio del Toro’s The Collector, and Lee Pace’s Ronan the Accuser, whom Marvel Studios boss, Kevin Feige claims is meant to be the central antagonist.

It has also been confirmed that cosmic baddie, Thanos (whom Gamora is the adopted daughter of) will appear in some capacity after being teased in a post-credits scene during 2012’s The Avengers, though the character has not been cast and will not be a key villain. The Collector in particular has a close assocation with Thanos however, so it’s likely that, while Thanos will not be a villain in this movie, or even the next crossover sequel, The Avengers: Age of Ultron, it’s quite likely that he will be continually developed as a potential villain for later Marvel Studios movies.

About Rocket Raccoon and his casting, Marvel Studios has stressed that, despite the character’s potentially comical appearance, he’s not meant to be, “Bugs Bunny in the middle of The Avengers.” The character is a very capable fighter, marksman and field commander in the comics, and it appears that his rough edges will be well preserved in the film adaptation. 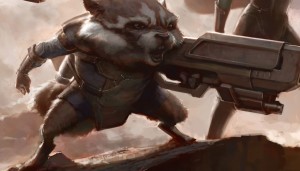 The character’s fan following has proven Rocket Raccoon’s potential popularity as well. Before Guardians of the Galaxy was even announced to the public, Rocket Raccoon was already among the playable Marvel characters in well-received crossover fighting game, Ultimate Marvel vs. Capcom 3, currently available for Xbox 360, PlayStation 3 and PlayStation Vita.

If you’re a fan of the Marvel Universe, how do you feel about Bradley Cooper’s casting as Rocket Raccoon? Are you excited for Guardians of the Galaxy to arrive on the big screen next year? As usual, post your comments below!

Eggplante will continue to bring you any and all news on Guardians of the Galaxy and the Marvel Cinematic Universe as a whole, as it develops.