If you’re antsy to take to the battlefield, EA’s latest Battlefield that is, then the mega-publisher has some good news; An open multiplayer beta for Battlefield 4 will begin on October 1st. This places it four weeks ahead of the initial releases on current-gen consoles and PC.

Previously, Battlefield 4 gave priority beta access to early purchasers of last year’s ill-received military shooter offering, Medal of Honor: Warfighter, as well as Battlefield 3 Premium members. It appears that the ‘exclusive’ timing could be quite paltry however, if it’s still being offered at all, as the beta is being opened to anyone with an online-equipped Xbox 360, PlayStation 3 or high-end, gaming-ready PC at the start of October.

Obviously, PlayStation 4 and Xbox One variations of the beta won’t be available, given that both next-gen consoles aren’t set to launch until November, after the initial wave of Battlefield 4 versions have already come to retail. 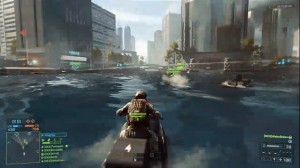 On the note of next-gen consoles, EA also confirmed that Battlefield 4’s next-gen builds will launch three days ahead of each next-gen platform at retail. This means that the game’s PlayStation 4 edition will arrive on November 12th, and the Xbox One edition will release on November 19th. EA also reminds would-be players that Battlefield 4 will pack exclusive Kinect functionality on Xbox One, which DICE has teased may include both head-tracking and voice commands. Beyond that, they still aren’t elaborating on how Kinect will specifically be used in the game however.

On a brief side note, the PlayStation 4 and Xbox One editions of Madden NFL 25 and FIFA 14 were also simultaneously confirmed by EA to launch on the same days as each respective next-gen version of Battlefield 4; November 12th for Sony’s console, and November 19th for Microsoft’s.

While the beta is only being offered on current consoles, not counting the high system requirements it will certainly demand on PC, the next-gen versions will compensate by having much higher player caps in multiplayer sessions, as well as exclusive second-screen content for those with mobile devices. 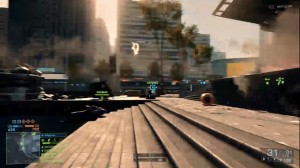 Perhaps it would be a smoother experience for a public beta to just focus on the core mechanics of the multiplayer however. This would be both easier to do with the larger install base of current consoles versus the smaller initial install base for the next-gen consoles, especially given the likelihood of hardware shortages for both platforms, as well as nixing the advanced multiplayer distractions that will be a part of the PlayStation 4 and Xbox One builds.

Battlefield 4 will release for PC, Xbox 360 and PlayStation 3 on October 29th. It comes to PlayStation 4 on November 12th, and Xbox One on November 19th. Don’t forget to take part in the beta if you’re as excited as we are!

Eggplante will continue to bring you your news on Battlefield 4 and the Battlefield series at large, as we can lock it down.