Nintendo’s core gamer fanbase has been positively spoiled this year, between the numerous core gaming blockbusters that have released and will continue to release for both 3DS and Wii U, leading up to 2014. After all, us gamers still have Super Mario 3D World, Donkey Kong Country: Tropical Freeze, The Legend of Zelda: The Wind Waker HD, The Legend of Zelda: A Link Between Worlds, and Pokemon X and Pokemon Y to look forward to before 2013 is done! That’s on top of big hits from earlier in the year like Fire Emblem: Awakening, Luigi’s Mansion: Dark Moon, LEGO City Undercover, Pikmin 3, and Animal Crossing: New Leaf as well, among others!

Despite the Wii U currently struggling at retail, it truly has been a banner year for games and gamers in the Nintendo camp!

Despite that however, Nintendo took some time to address a couple of developments in their more casual line of games today, offering good news on two counts:

First, the Wii’s original smash hit, pack-in offering, Wii Sports, is getting reborn in HD on Wii U! The HD re-release will be dubbed, ‘Wii Sports Club‘, and will be a free app with microtransactions.  Each of the five Wii Sports minigames will be made available  on the app separately, all bolstered by enhanced Wii MotionPlus controls, as well as head-to-head online multiplayer. Tennis and Bowling will be available first, with Golf, Baseball and Boxing arriving, “In the months ahead.” The two initial events will launch with the app on November 7th of this year, downloadable from the Wii U eShop.

On top of this announcement, Nintendo also confirmed that players can participate in region-specific ‘clubs’ within each game, and can chat via Miiverse during matches. They can train casually with other members of their club, or take on rival clubs in competition to increase their own club’s ranking. 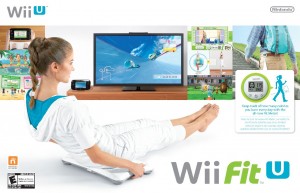 Each of the five Wii Sports events will be playable for free, at least, for a twenty-four-hour period, when players first download Wii Sports Club and are given a ‘Trial Pass’. From there, players can purchase a Day Pass for $2, which allows them to play any of the available five events for free for the entirety of the day, or, they can spend $10 to unlock permanent access to any one sport. Simple math would then dictate that permanent and perpetual access to Wii Sports Club and its events would come to a grand total of $50.

Given the runaway success of Wii Sports as one of the main selling points of the Wii technology from 2006 onward, it’s not a bad idea to try and double down on that success with Wii U, particularly when each event is upgraded with high-definition graphics and Wii MotionPlus controls. These additions, along with the online play, Miiverse chat and Club Rankings, could perhaps even entice people already still getting use out of their Wii Sports disc to join the Wii Sports Club, as it were.

Secondly, Nintendo confirmed today that the long-delayed Wii Fit U has been moved up a month for once, at least digitally. Previously solely planned for release on Wii U in December, where the game’s retail package was also given a release date of December 13th, the successor to the Wii’s Wii Fit and Wii Fit Plus will now launch early on November 1st, as a free download on the Wii U eShop. The download’s free trial period will be available for one month, at which point, users must pay $20 for a ‘Fit Meter’ accessory, which must be synced with their software download to continue using it, and will need to be purchased separately for digital downloads of this early Wii Fit U trial release.

When Wii Fit U arrives at retail in December, it will come in two packages: A $50 package that simply includes the game and the Fit Meter, and a $90 package that includes the game, the Fit Meter, and a Wii Balance Board, which will be required to operate the software. Nintendo reminds would-be users that the Wii Balance Board is not being sold separately, so the $50 package is only meant for people who already own Wii Fit and/or Wii Fit Plus, and thus, already have a Wii Balance Board to use. Otherwise, you’ll need to shell out the extra $40 for the board, or else your copy of Wii Fit U is just going to be a semi-motivational paperweight.

Be advised that a ‘full-fledged’ Wii Fit U download is also supposed to be released on the Wii U eShop on February 1st of 2014. This presumably nixes the need to sync the Fit Meter accessory in order to keep using the software indefinitely.

The Fit Meter is more than just a glorified software key however! It also records your steps and elevation during workout routines, and syncs them with the game to create a more detailed and reliable workout routine that is explicitly tailored to the needs of the user. Wii Fit U will also make use of the Wii U Gamepad with certain exercises, obviously a control option that wouldn’t be available on Wii Fit or Wii Fit Plus.

Looks like Wii U is trying to capture the same athletic demographic that was first drawn in by the Wii attacking that stereotype of gamers having to be couch potatoes. We’ll see if these interesting pricing models and casual-oriented software releases can help shift a few more Wii U’s in time for the Holiday season!