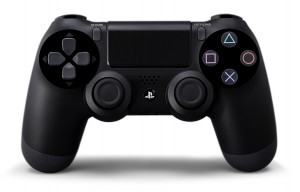 In a rather surprising new feature announcement related to the PlayStation 4, Sony has confirmed that the upcoming next-gen console’s Dual Shock 4 controller will be compatible with PC’s right from the console’s November launch.

Sony claims that PC users can use the controller’s analog sticks and buttons to perform what they term, “Basic functions”, and that they will work, “Just fine” in that regard. It’s unclear as to whether or not the more advanced Dual Shock 4 functions will work on PC, including its motion sensors, touch pad and light bar, even if the touch pad would certainly make sense for precision mouse control at the very least.

PlayStation 4 launches in North America on November 15th, and will come to Europe and Australia on November 29th. It will launch in most territories before the end of this year, though won’t reach Sony’s native Japan until February 2014, strangely enough.

Eggplante will continue to provide updates on the PlayStation 4 and its major hardware capabilities, as they become available.