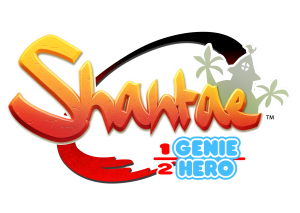 Good news for fans of cult favourite platformer series, Shantae! Developer, WayForward has confirmed that upon the recent conclusion of its month-long Kickstarter campaign, Shantae: Half-Genie Hero has received more than double its $400,000 pledge goal. Its combined total in funds added up to $811,962 USD, allowing multiple stretch goals to have been met for the game’s development, including bonus story chapters, additional platform ports, and bonus costumes.

Shantae: Half-Genie Hero joins Double Fine-developed adventure game, Broken Age, long-awaited post-apocalyptic RPG sequel, Wasteland 2 and spiritual Mega Man successor, Mighty No. 9 as one of the most successful Kickstarter-funded video game projects. One of the more high-profile and well-received indie games of 2013, Cloudberry Kingdom, which we had quite a bit of fun with during PLAY 2013 despite its insane difficulty level, was also funded by Kickstarter.

Despite its widely-known Cinderella stories in the gaming community, Kickstarter has occasionally been received with controversy, due to some gamers arguing that some pledges are projects that developers should be able to fund themselves. The counter-point to this argument however is that fan pledges on Kickstarter pretty decisively prove the demand for these cult offerings, making them easier to sell to publishers, or independently finance for smaller studios.

We suppose that gamers can draw their own conclusions about this controversial practice of fan-funding, though we certainly can’t argue with the kind of results it often gets. 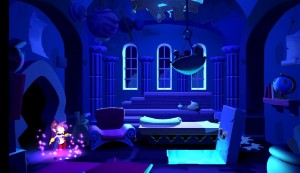 For those unfamiliar with Shantae, it’s a platformer series about the titular heroine, a half-genie who defends a small fishing town from a band of pirates, led by female swashbuckler, Risky Boots. the first game in the series released on the Game Boy Color in 2002, and was immensely well-received by critics and gamers alike, but unfortunately sold poorly. This is due to the then-new Game Boy Advance having been out for a year at that point. Thankfully, the original Shantae was given a new lease on life just recently, as Nintendo made the game available on the 3DS Virtual Console catalogue a few months back.

The cult following behind the game eventually led to a sequel, Shantae: Risky’s Revenge, which released on DSiWare in 2010, and was ported to iOS the following year. A third game, Shantae and the Pirate’s Curse, is currently in development for a planned Winter 2013 release on the 3DS eShop, and was a part of Nintendo’s indie game portfolio at the recent Indiecade festival.

Despite the series mainly favouring Nintendo platforms so far, the immense success of Shantae: Half-Genie Hero’s Kickstarter campaign will see it release not only on Wii U, but also on Xbox 360, PlayStation 3, PlayStation Vita, Vita TV, PlayStation 4, Xbox One, and PC. It looks like the 3DS may have been left out this time, but given that the other games in the series are all downloadable on 3DS, exclusively in the case of Shantae and the Pirate’s Curse, perhaps it’s an even trade.

Shantae: Half-Genie Hero is targeting a release in October of 2014. Be sure to check it out if you’re a fan of colourful and highly entertaining platformers!

Eggplante will continue to provide you news and updates on the Shantae series, as we can summon it.