It’s going to get a little long in the tooth to keep saying that every Xbox One game has great audio and great visuals, so here’s a bit of a change. Rather than focus on what are obviously going to be beautiful graphics and impeccable sound, with Killer Instinct, we’re going to focus on nostalgia.

Yes, the music brings us right back into the original game, and the characters are the same, even if a bunch are missing. But the core mechanics – to us, at least – feel so different from what we remember, it’s almost sad to think that one of our favourite fighting games of all time has changed. 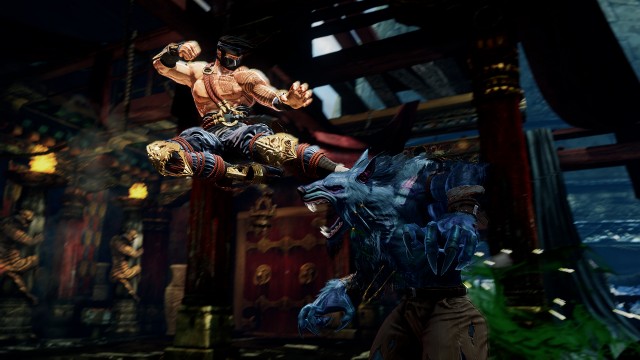 Fine, it’s been nearly two decades since the original game released on the SNES, but that was also the last time many people played the game, and there is a huge fondness for this series from a lot of fans that we just don’t think will love this entry.

With that said, Killer Instinct is as solid a fighting game as you’ll find. Controls are responsive and the controller really lets you mash into it to get the characters to do what you want. Level design takes us right back to the original with (very much) up-res’d versions of classic KI-style levels you might expect. It also doesn’t hurt that most characters make a return with their classic moves. Nothing beats Cinder’s trail blazer attack, especially when going up against Glacius.

Xbox One will have a lot of fun titles at launch, and while Killer Instinct isn’t going to be the killer app (get it?), it might be worthwhile if you just have to have a fighting game in your collection on day one.