The limited edition first run will also come in a wicked-cool embossed case.

The game, which was delayed from its September 2013 launch timing, is hitting the Xbox 360 instead of Xbox One. We’d love to have seen this make a solid two-generation jump like The Wind Waker HD did from the GameCube to Wii U, so we could really see a difference in style and gameplay, though we suppose this is a way for Microsoft to prove that the 360 still has some life left in it.

Then again, a lot of people loved the original Fable, so as an Xbox One title, it may have been a system seller. Oh well, maybe Xbox Two, then.

Take a look at some pretty eye-opening screenshot comparisons from 2004 to 2014. 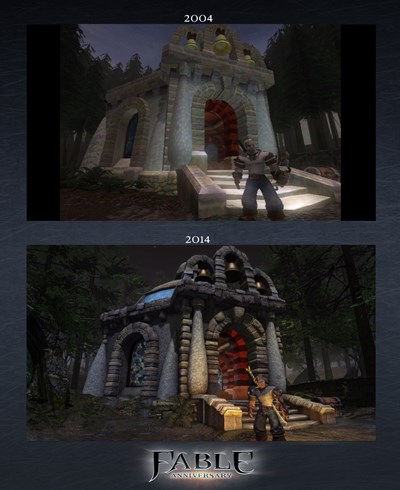