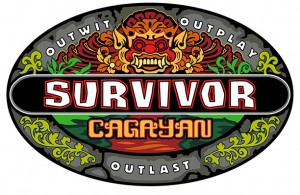 The 28th season of Survivor is almost upon us, and as reported back in December, the season will focus on three tribes, each with their own trait to unify them.

Tribes will be based around the themes of brawn, brains, and beauty, as if the title Survivor Cagayan: Brawn vs. Brains vs. Beauty didn’t already give that away.

The show will air its premiere episode on February 26th and boast a two-hour opener, the first since Heroes vs. Villains in 2010.

Jeff Probst has already confirmed that there will be no returning castaways in this season, though CBS has renewed the series through season 30, so any standouts this season could easily be back as early as September when we’re likely to see season 29 of the show premiere.

In similar reality show news, The Amazing Race will premiere its second all-star series of the show on Sunday, February 23rd, just three days before Survivor.

Which show are you more interested in? Our money has always been (and will continue to be) on Survivor, but we’re fan of The Amazing Race as well. Sound off in the comments and on Facebook and Twitter to let us know what you prefer!