In response, Marvel Studios has already expressed a desire to re-hire the sequel’s sibling directors, Joe and Anthony Russo for a third Captain America movie, which may fill one of the 2016 and 2017 placeholder dates that Marvel Studios has already booked for unknown movies, or may perhaps occupy a new date entirely as a belated Phase Three addition. The titular character’s actor, Chris Evans would be contracted for this prospective third movie, having signed a six-picture deal with the studio, of which he’s fulfilled five appearances; Captain America: The First Avenger, The Avengers, Thor: The Dark World, Captain America: The Winter Soldier, and The Avengers: Age of Ultron.

Of course, while his ‘appearance’ in Thor: The Dark World was a small cameo played for laughs, much like Mark Ruffalo’s surprise re-appearance during a post-credits scene in Iron Man 3 as Hulk host, Bruce Banner, it’s unconfirmed if this did indeed use up the original plan of having Evans appear in three Captain America movies and three Avengers movies before The Avengers 3 releases (a movie that has already been confirmed after Robert Downey Jr. was signed for it to re-appear as Iron Man), or if Marvel negotiated around Evans’ contract for that bit appearance in the Thor sequel, much as they did for Samuel L. Jackson’s cameo in the second episode of MCU-set TV series, Agents of S.H.I.E.L.D.. 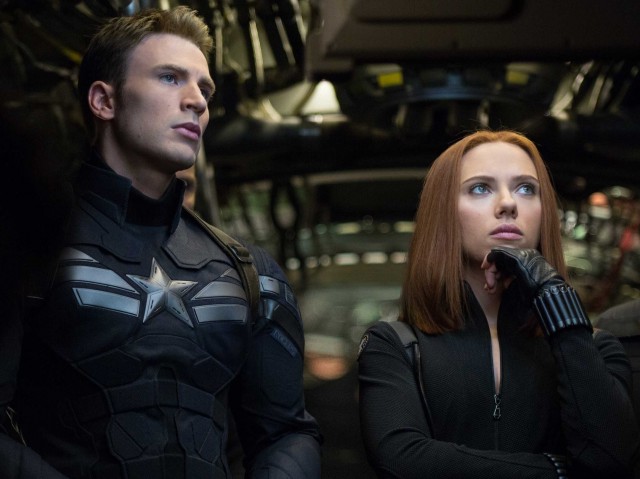 Obviously, negotiations on a third movie can’t begin until the box office numbers come in after the release of the second, though the Russo siblings and Marvel Studios are already confirmed to be writing an outline for a third Captain America movie, seeming to indicate that the brothers are as keen to return to the directors’ chair as Marvel is to have them there. It would seem then that the brothers have likely left some wiggle room in the upcoming second movie to continue Cap’s adventures then, particularly given Marvel Studios’ tendency to tease future projects in post-credits scenes anyway. Regardless, this is a huge vote of confidence for the apparent high quality of Captain America: The Winter Soldier!

Beyond this apparent third Captain America movie, Marvel Studios has only explicitly confirmed 2015’s Ant-Man and a third Avengers offering for their Phase Three lineup of movies. Despite this, rumours continue to swirl that movies centering on Marvel heroes, Doctor Strange and Black Panther are in the works for Phase Three, with Marvel tight-lipped on the accuracy of this speculation.

What would you like to see in a third Captain America movie? Your comments are, as always, welcome below!

Eggplante will be keeping an eye on all developments related to the Captain America movies and the Marvel Cinematic Universe, so check back with us for all of your essential Marvel Studios news!