It seems like The Amazing Spider-Man 2 is shooting for some sort of villain record in a superhero blockbuster! Following Electro, Green Goblin and Rhino filling antagonist roles in the sequel, we can now add another personality in Spider-Man’s rogues gallery to the mix!

After taking a secret role as an Oscorp employee in The Amazing Spider-Man 2, it’s finally been confirmed by director, Marc Webb that The Office star, B.J. Novak will be playing Alistair Smythe, a lesser-known Spider-Man villain. Alistair is the son of another Spider-Man villain, Spencer Smythe, who invented a plethora of killer robots called Spider-Slayers, meant for the express purpose of defeating Spider-Man at the behest of Daily Bugle boss, J. Jonah Jameson. After Spencer’s death, the wheelchair-bound Alistair inherits his father’s legacy, and eventually regains his mobility after transforming himself into the so-called ‘Ultimate Spider-Slayer’. 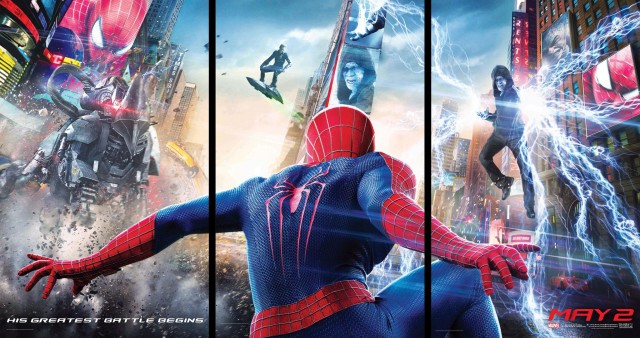 Interestingly, Alistair Smythe was the main antagonist of the video game-tie in for the original The Amazing Spider-Man movie, which served as a non-canon sequel to the movie’s events, and also featured an alternate take on Rhino, another villain appearing in the official movie sequel. This game has since been praised as a surprisingly well-done movie tie-in game, even receiving belated ports on the Wii U and PlayStation Vita long after the movie had come to home viewing.

While it’s unlikely that Alistair Smythe will be transforming into his over-the-top robotic villain incarnation in The Amazing Spider-Man 2, especially considering that the movie is packed with villains already, his presence does seem to be yet another tease for the events of the two planned follow-ups for 2016 and 2018. Some fans have even speculated that Alistair may be the designer of the Rhino’s armoured rig, as well as both the winged harness of Vulture and the mechanical tentacles of Doctor Octopus, both of which appear in the background during several trailers as teases for movies to come.

Given the initial secrecy surrounding the role, it seems that Alistair will have considerable bearing on the plot in any case, and his presence will surely excite fans of the Spider-Man comics!

Do you feel that the sequel is throwing too many villains into the mix, or can you not get enough Spidey foes in one movie? Do you hope that Alistair takes on his Ultimate Spider-Slayer form in a future movie? Leave your comments below.

Eggplante will keep slinging you your Amazing Spider-Man movie news, as it swings to us!