Xbox gamers are not happy, and Microsoft has come under fire yet again for their business policies in regards to the Xbox One. Why? Because upcoming and highly-anticipated MMORPG, The Elder Scrolls Online has been confirmed to demand an Xbox Live Gold subscription to play on Xbox One. The competing PlayStation 4 edition meanwhile won’t require a PlayStation Plus membership, which is normally necessary to play games online on Sony’s next-gen console.

This may not be a big deal, but this demand is made on top of a lofty $14.99/month subscription fee that is already being enforced across all versions of the game. This sub fee has already been seen as a controversial move by Bethesda that has significantly dampened enthusiasm for The Elder Scrolls Online, particularly with so many competing MMORPG offerings now going free-to-play beyond World of Warcraft, Final Fantasy XI Online and Final Fantasy XIV Online.

To a degree, this Xbox Live Gold mandate in The Elder Scrolls Online’s Xbox One edition is predictable, as Microsoft has never made an exception for demanding premium membership fees for any sort of online functionality. They still stubbornly demand an Xbox Live Gold membership to use Netflix and browse the internet on Xbox platforms, among other features beyond playing games online, even when these services are offered with no additional fees on competing PlayStation and Nintendo platforms, and worse, are built directly into the progressively-spreading consumer base of smart televisions. 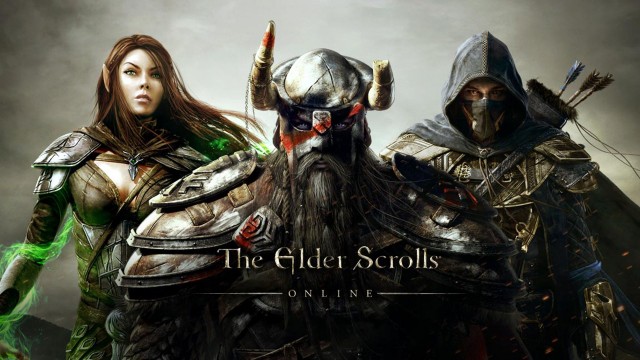 Microsoft has attempted to placate growing customer discontent with the hefty demands of Xbox Live Gold fees with their Games with Gold initiative, which awards two free games per month on Xbox 360, and games that can be kept even if the Gold membership is not renewed. This initiative will soon be coming to Xbox One as well.

Now, on the one hand, you do have to ask yourself how many Xbox One owners interested in The Elder Scrolls Online don’t already have an Xbox Live Gold membership. You do have to connect the console to the internet at least once to get a mandatory update that lets you use it at all, and considering that many early Xbox One purchasers are die-hard Xbox gamers anyhow, it’s unlikely that most of them have gone this long without an Xbox Live Gold subscription.

On the other hand however, the angry fans are justified, and Microsoft had to have known that they were asking for trouble with this decision. Not only did they blatantly hand a consumer-friendly advantage to Sony on a silver platter, but it also seems like they’re unsympathetic toward the fact that the Elder Scrolls games were formerly single-player-only. There are plenty of series fans who play these games on Xbox platforms without Xbox Live Gold memberships, since they’re obviously not necessary for offline single-player games, and Microsoft demanding premium fees just to play The Elder Scrolls Online on Xbox One, on top of Bethesda’s monthly fees to maintain access, is a pretty hard slap in the face to these people. It’s also one that will likely cost Microsoft sales of the Xbox One version of The Elder Scrolls Online regardless. 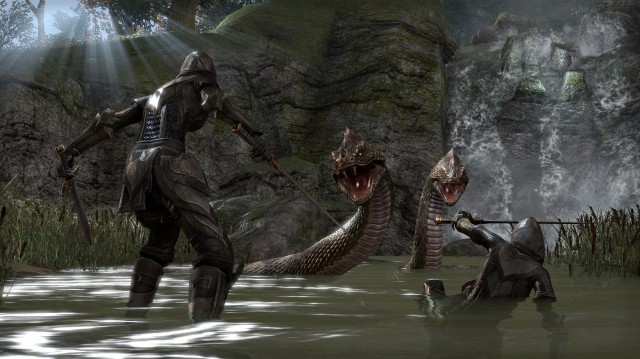 Maybe some are blowing the Xbox Live Gold demand issue out of proportion with a core gamer’s online game like The Elder Scrolls Online, but that doesn’t mean it’s not an issue. Perhaps Microsoft needs to start re-thinking their more aggressive policies with Xbox Live Gold, as these kinds of demands probably won’t fly in the long term with things like smart TV’s and more accessible competing services and platforms with the same (or better) functionality that can be used without added fees. They’ll likely cheat themselves out of Xbox One console and game sales eventually if they don’t.

Regardless of the controversy around what kind of financial investment you’ll have to make for it, The Elder Scrolls Online will be a timed exclusive on PC and Mac, where it will release on April 4th, 2014. It is set to release sometime in June 2014 for PlayStation 4 and Xbox One.

Are you planning to play The Elder Scrolls Online on Xbox One? Are you bothered at the notion of needing to pay a Gold membership fee when Sony isn’t demanding PlayStation Plus fees in their own PlayStation 4 port? Is this whole thing just much ado about nothing? We encourage you to leave your comments below.

Eggplante will continue to quest for your Elder Scrolls news, as the tales tell it.