Producer logic appears to be at work, folks.

After the surprise success of Warner Bros.’ runaway family-friendly hit, The LEGO Movie, some studio brass appear to want to replicate that success by looking to make another block-craft production. Fortunately, they didn’t have to look far to find another brand that literally built its success on blocks, that being Mojang’s indie gaming sensation, Minecraft.

Amusingly, Minecraft’s creator, Markus ‘Notch’ Persson took to Twitter to confirm the news that a movie based on the popular survival/construction game was being developed with Warner Bros., by lamenting that someone leaked it before he could. 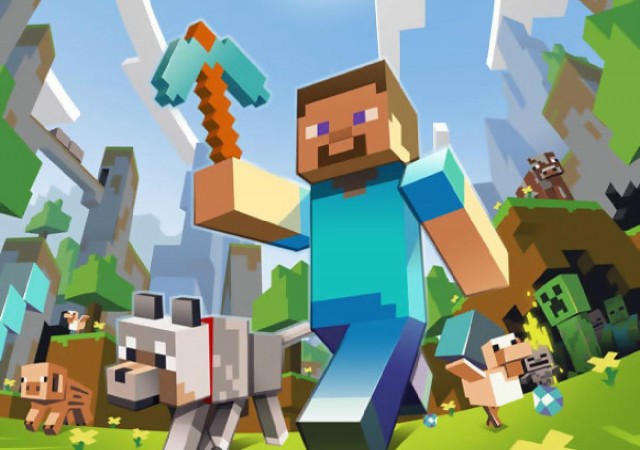 Minecraft is well-known even outside of the gaming community for being one of the most successful and lucrative indie games of all time. The game has recently surpassed a staggering 100 million users since it was originally released in open beta on PC, getting its full release in the late months of 2011. Since then, Minecraft has not only been available on PC, but also Mac, Linux, iOS, Android, Xbox 360, and, most recently, PlayStation 3.

Versions of the game for PlayStation Vita, PlayStation 4 and Xbox One are currently in development. A Wii U version has also been very heavily rumoured for months now, albeit unconfirmed by Mojang at this time, despite Notch’s public interest in developing Minecraft for Nintendo platforms.

The object of Minecraft is to hunt for materials with which you can build structures. You rely on these structures to protect you from undead and monsters at nighttime. While the game has several play modes based on these ideas, including maintaining a character’s health and satisfying their hunger, Minecraft has since become an online phenomenon mainly for the ornate and elaborate structures and worlds that players have created, with boundless real estate to work with.

Minecraft is also easily defined and recognized for its three-dimensional block/pixel style, becoming one of the most popular examples of a game that is wildly beloved and successful, despite a paltry budget, and a complete lack of emphasis on graphics and other technical elements.

Are you excited at the prospect of a Minecraft movie? Do you think that this is just corporate greed at work? Feel free to leave your comments below.

You can keep digging up your updates on Minecraft, the game and the movie, right here at Eggplante!