Well, Marvel has confirmed that this first look will come in just a couple of weeks, courtesy of a planned behind-the-scenes special for the Marvel Cinematic Universe, which ABC will air on March 18th, at 8:00-9:00 P.M. EST. The special will be called, ‘Marvel Studios: Assembling a Universe.’ 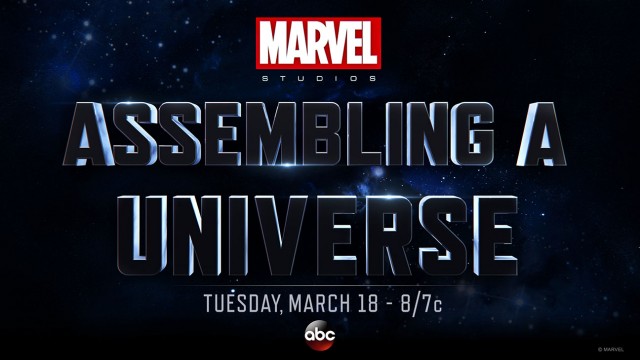 This special will not only show off the first footage for the monstrously-anticipated The Avengers: Age of Ultron, but will also showcase new footage for this year’s upcoming Marvel Studios blockbusters, Captain America: The Winter Soldier and Guardians of the Galaxy. It will offer sneak peeks at upcoming episodes for Marvel Cinematic Universe-set television series, Agents of S.H.I.E.L.D. as well.

On top of teasing future media developments for the Marvel Cinematic Universe, the special will feature interviews and behind-the-scenes looks at both the inception and building of Marvel Studios, as well as its past movies, Marvel One-Shot shorts, and more.

Marvel Studios has continued to dominate at the Hollywood box office, and is rapidly expanding into television with the development of Agent Carter, a Captain America: The First Avenger spin-off in turn based on a Marvel One-Shot about former Cap love interest, Peggy Carter, as well as a quartet of Netflix-exclusive television shows centering on Daredevil, Jessica Jones, Luke Cage and Iron Fist, culminating in a crossover show where the heroes form established Marvel Comics team, The Defenders.

Eggplante will continue to assemble your updates on the Marvel Cinematic Universe, as they’re discovered.