Game of the Year 2013 winner, The Last of Us turned many heads with its outstanding plot and character work, on top of its superb gameplay and production values. Even as questions abound toward developer, Naughty Dog, currently hard at work on a formally-untitled new Uncharted game for PlayStation 4, as to whether we’ll see a sequel someday, Sony at least is eager to expand the story’s audience.

This comes from confirmation that Sony subsidiary filmmaking outfit, Screen Gems is developing a movie adaptation of The Last of Us. 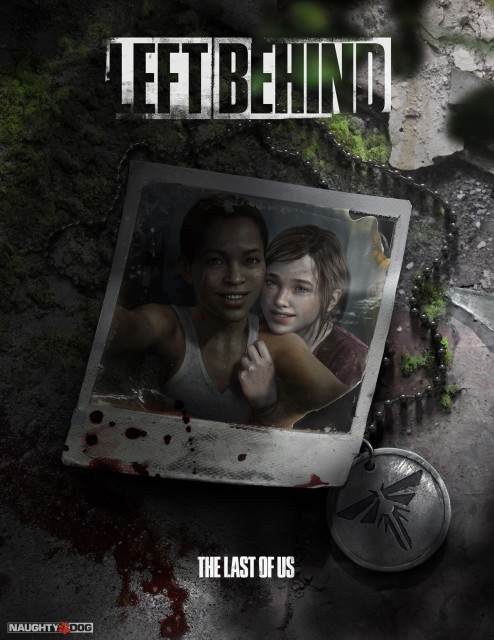 Screen Gems is no stranger to video game adaptations, also being behind the series of live-action Resident Evil movies, which currently stand as the most lucrative and successful franchise of video game-inspired movies to date. A sixth Resident Evil movie is expected to cap off the series, but evidence seems to indicate that it will be missing its planned September 2014 release window, as no work has yet been done on it.

Aside from Resident Evil, Screen Gems has also done well-received one-off flicks such as Snatch and Easy A, and also handles the Underworld franchise for Sony.

For those unfamiliar, The Last of Us is a PlayStation 3-exclusive survival-themed action-adventure game where players assume the role of Joel, a cynical smuggler living in a post-apocalyptic world ravaged by a parasitic fungal plague that turns people into berserk, flesh-eating cordyceps monsters. Joel must escort Ellie, a young girl seemingly immune to the epidemic, to a resistance group that aims to synthesize a cure and stop the cordyceps plague once and for all, facing the likes of the Infected, bandits and the hazardous environment itself along the way.

Recently, the game released an immensely well-received single-player DLC expansion, The Last of Us: Left Behind, which details a prequel story from Ellie’s perspective, showing how she lost her best friend, Riley, and initially sustained the cordyceps bite that failed to mutate her. These events are also partially explored in a tie-in comic miniseries, The Last of Us: American Dreams, published by Dark Horse Comics.

While no details exist as to the potential direction or cast of The Last of Us as a movie, let alone its potential release date, this news comes as little surprise. Sony has quickly become very aggressive with trying to adapt their PlayStation game properties to the big screen. They recently revealed release dates and pre-rendered trailers for upcoming CG movies based on their Ratchet & Clank and Sly Cooper franchises, and continue to develop feature films inspired by Uncharted, inFamous and Shadow of the Colossus.

What would you like to see from a movie adaptation of The Last of Us? Who would you cast? Would you prefer that the game was just left alone? Your comments are welcome below.

In the meantime, keep trekking back to Eggplante for news and updates related to The Last of Us.