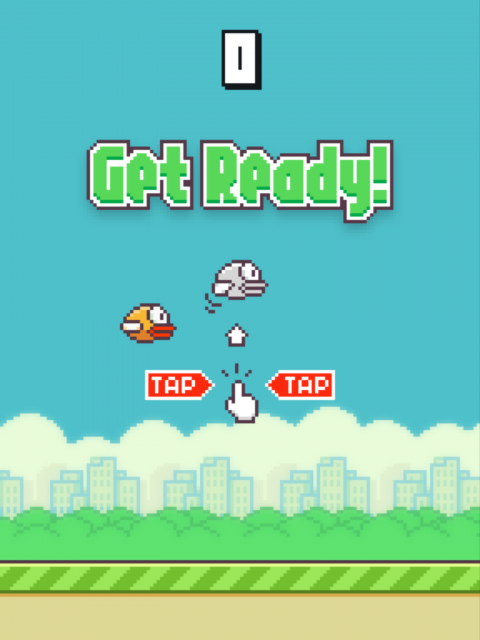 Even if you haven’t played it, chances are, you’ve at least heard of Flappy Bird. The infamous mobile game became a runaway addiction amongst many smartphone and tablet owners, before being quickly yanked from the App Store and Google Play Store by its creator, Dong Nguyen.

Nguyen pulled the game out of concerns that it was becoming too addictive, seemingly backed up by legions of angry players sending him death threats on Twitter following the game’s removal. Consequently, some opportunists have also made a killing on selling outdated iPhones on eBay, simply because they have Flappy Bird installed on them. That’s not even considering the heap of Flappy Bird clones that have now showed up to fill the void on both Apple’s and Google’s mobile game channels.

While it’s also believed that Nguyen pulled the game out of fear of being sued by Nintendo, given that sprites and obstacles in the game appear to be modified graphics from Super Mario World, Nguyen has denied that this played any part in the game’s removal. Apparently, it’s simply because people were getting way too hooked on a game that was never meant to be popular, or even good (Flappy Bird received many negative reviews from gaming journalists), given that Nguyen just threw it together in a couple of days. This would also explain how so many clones of the game have been made so quickly.

Nguyen isn’t officially confirming a re-release by any means, but he tells Rolling Stone in a recent interview that, while he’s still daily rejecting offers by other mobile developers to buy out the Flappy Bird license, he did say that one day he may have a change of heart and make the game available again. If he does however, it will come with warnings urging players to take breaks, similar to various first-party Nintendo games on Wii, 3DS and Wii U, which suggest players take breaks after a certain amount of play time. These have become mainstays since Wii pack-in title, Wii Sports featured these suggestions.

Flappy Bird, for those unaware, is a simple score-chasing game where players tap the screen to make a small bird fly around pipes. The game ends when the player collides with a pipe or the ground, whereupon their score is revealed and uploaded to a global leaderboard.

So, if you’re among those who haven’t already downloaded Flappy Bird, you may see the game return at some point. In the meantime, you can check out plenty of derivative offerings, regardless of your mobile platform of choice.

Keep fluttering to Eggplante for any updates on Flappy Bird.