Amidst the official announcements at GDC 2014, there comes a not-so-official one, and it’s a big one.

Kotaku’s rumour mill is spinning that the next title in the Assassin’s Creed franchise will actually be two titles, releasing under the codenamed Unity and Comet.

Unity will reportedly be released on Xbox One and PlayStation 4, while Comet will come out for Xbox 360 and PlayStation 3 on the same date. We assume one (or both) versions will also hit the PC. At this point, it is unknown whether the games are two separate experiences, tie-in games, identical in every way except for graphics and audio, or something entirely different. 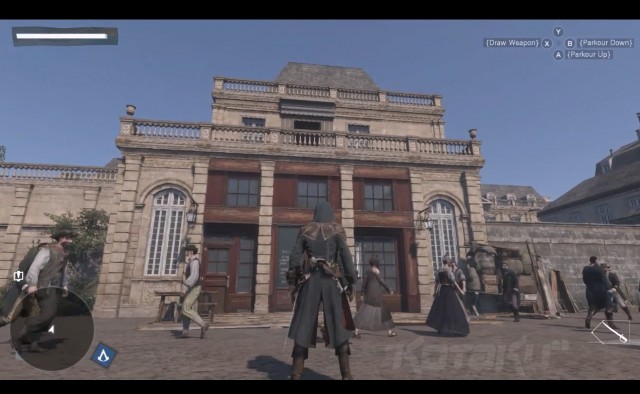 While we don’t know much about either game, we know a bit more about Unity than Comet. As far as we understand, Unity will take place in 18th century Paris, and a screenshot obtained by Kotaku show off a new protagonist, adorned in all black.

The screenshot also shows control that include “Parkour Up” and “Parkour Down”, and another leak shows some stylized changes to the usual Assassin’s Creed logo.

We expect to hear more about the games in the next little while, as last year’s Assassin’s Creed IV: Black Flag was leaked and announced within a day of each other last February. It would only make sense that, given the hype around GDC, Ubisoft would make an announcement soon.