UPDATE: Well, that was quick! Fox has just announced that they have successfully signed Hugh Jackman for the untitled third Wolverine movie, and selected David James Kelly as the initial script writer. Depending on whether Jackman appears in X-Men: Apocalypse or not, this could mark his eighth or ninth time playing the character!

UPDATE 2: Credible Hollywood source, TheWrap has just broken the news that Ridley Scott’s mystery 2016 project is in fact a sequel to Prometheus, tentatively titled ‘Prometheus 2’. ‘Green Lantern’ scribe, Michael Green is said to be providing a re-write of the script, after an initial draft was submitted by ‘Transcendence’ writer, Jack Paglen, and the movie is said to involve multiple versions of David, the android from the first movie, with no other details at present.

It looks like 20th Century Fox really wants their blockbuster ducks in a row for the next four years, particularly with their Marvel properties!

After rumours began swirling around a possible third Wolverine spin-off movie to follow 2013’s reasonably well-received The Wolverine, Fox today made the news official, as an untitled third Wolverine movie has just been set for March 3rd, 2017. The Wolverine director, James Mangold will direct again as well. This could potentially have the third movie following the events of this year’s X-Men: Days of Future Past, opening on May 23rd, and the successive X-Men: Apocalypse, set to premiere on May 27th, 2016.

Hugh Jackman has not been confirmed to reprise the role in this third movie at this time, though given that he’s played the fierce mutant since the original X-Men in 2000, and is still young and fit enough to play the part if The Wolverine is any indication, it’s likely that Fox is confident that they can get him back again for a third solo outing. Jackman still enjoys playing Wolverine, set to play the role for a landmark seventh time in X-Men: Days of Future Past, but claims that he will only keep doing future X-Men and Wolverine movies if he approves of the script.

More surprising than a seemingly inevitable third Wolverine movie however is news that an untitled Fantastic Four sequel has already had a date slotted in by the studio, for July 14th, 2017. This is a bold move, as the original reboot, set to release on June 19th, 2015, hasn’t even had any footage shown yet, and has only recently selected its titular leads, still having not yet cast its villain either.

It would indeed appear that Fox has a concrete plan to link their X-Men and rebooted Fantastic Four movie universes then. This would also seem to cement the fact that the Fantastic Four reboot’s cast is signed for multiple movies, regardless of the box office returns of the first offering.

Finally, Fox has set an untitled mystery movie for July 18th, 2018, only confirming that it’s a movie inspired by a Marvel brand. While they’re playing coy, it’s probable that this may be the date for the previously-announced X-Force movie, a more mature, militaristic take on an X-Men-style team. The only other possibility is that it may be the long-gestating Deadpool spin-off movie that Ryan Reynolds has been attached to since his too-brief part as Wade Wilson in 2009’s successful, but largely hated X-Men Origins: Wolverine.

As they say, time will tell. 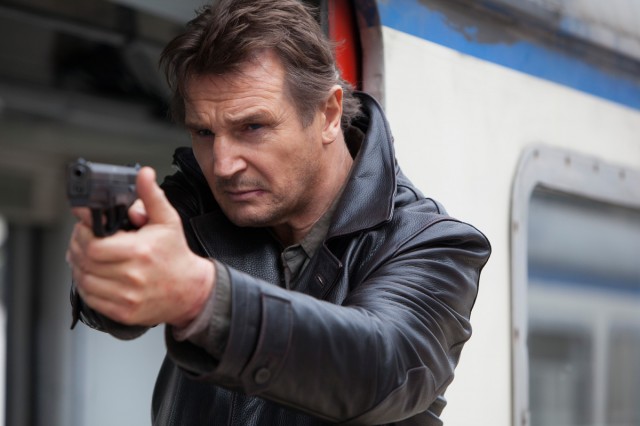 Fox didn’t solely focus on setting dates for their Marvel properties in advance however. They’ve moved up The Secret Service as well, a spy movie inspired by a comic book put together as a collaboration by Kick-Ass creator, Mark Millar and Watchmen co-creator Dave Gibbons, and starring Colin Firth, Michael Caine, Samuel L. Jackson and Mark Hamill. The movie will now open on October 24th of this year, after originally being set for a release on March 6th of next year. This puts the movie in direct competition with two high-profile horror flicks, Ouija and Paranormal Activity 5, with Fox slotting in upcoming Vince Vaughn comedy, Business or Pleasure, said to be planning a title change, in The Secret Service’s original March 6th, 2015 date now.

Outside of the comic book movie world, action movie sequel, Taken 3 has been given a release date of January 9th, 2015. Liam Neeson, Maggie Grace and Famke Janssen are set to return for the sequel, which is said to be a finale that caps off a trilogy. No plot details have been made available at this time however. It will open against Sony-made comedy genre mash-up, Kitchen Sink, which features a human, a vampire and a zombie teaming up to prevent an alien invasion, and is said to be a satire of overblown cinematic blends.

Speaking of horror elements, Fox’s Frankenstein movie, originally set to release on January 16th, 2015, has been delayed a staggering nine months. It will now premiere on October 2nd, 2015, likely indicating that the movie needs some kind of heavy re-tooling before it’s ready for the public. Given this year’s critical blasting and commercial floundering of graphic novel adaptation, I, Frankenstein, it’s unsurprising that Fox will want to give their own take on Mary Shelley’s classic another look-see before releasing it to the box office. Currently, Fox’s Frankenstein has the new release date to itself.

Finally, a mystery movie to be directed by Ridley Scott has been given a release date of March 4th, 2016. The most likely speculation is that this is a sequel to Scott’s loose Alien prequel, Prometheus, or at least something else set in that universe. In any case, Scott’s mystery movie shares the date with an also-unrevealed animated Disney flick.

What do you think of Fox’s apparent blockbuster lineup for the next several years? Are you excited about sequels to The Wolverine and possibly Prometheus? Do you think that Fox is jumping the gun with a Fantastic Four sequel? Would you rather see X-Force or Deadpool in 2018, or perhaps something else entirely? Feel free to leave your comments below.

Eggplante’s got your major movie news, as we reel it.