Eurogamer, Europe’s biggest independent gaming magazine, had quite an interesting report on the all-but-confirmed development of Far Cry 4. While Ubisoft still hasn’t formally announced the game (despite heavily implying its internal existence in numerous interviews), it would appear that it’s considerably far along in development if Eurogamer’s sleuthing is to be believed.

It may also mark quite the departure for the series’ usual sun-drenched tropical and African environments! Eurogamer claims that Far Cry 4 will see a drastic change in scenery and be set in the frigid mountains of the Himalayas.

This is an exciting prospect if it pans out, as it would mean an entirely new and exciting way to play Far Cry, though one that would still be true to the lonely, savage play style of the acclaimed first-person shooter series. This would also present all sorts of new possibilities for the open-world environment that the sequel will likely continue to feature.

This would certainly be a very ambitious game to render however, given the constantly hostile environmental conditions of the Himalayas, and perhaps Eurogamer’s next claim is unsurprising then. Far Cry 4 is said to be a next-gen-exclusive game, only releasing for PC, PlayStation 4 and Xbox One, and skipping a release on Xbox 360 and PlayStation 3 entirely. 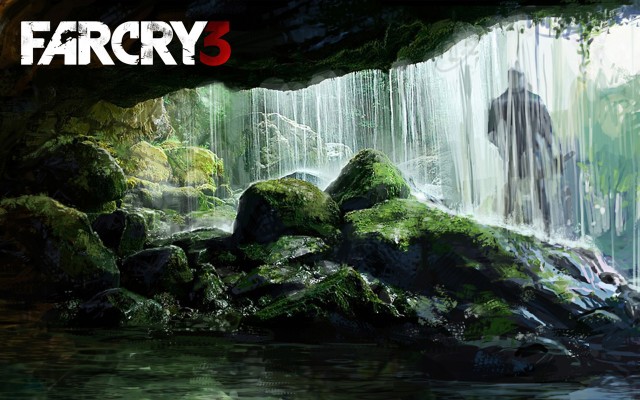 Bear in mind that none of this has been confirmed by Ubisoft at present. Even so, Eurogamer is a pretty legitimate source, and it seems that they’ve done their homework, making it unlikely that they’re entirely off-base with this anticipated follow-up.

Far Cry was originally a PC-exclusive open-world shooter developed by Crytek, though Ubisoft now retains the brand rights after accepting publishing duties, and has since developed follow-ups with their own subsidiary studios. The original Far Cry has been re-released in various streamlined forms for Xbox, Xbox 360 and Wii, and has very recently been ported in its original, open-ended PC foundation to the digital game channels of Xbox 360 and PlayStation 3, dubbed Far Cry Classic.

While a sequel, Far Cry 2 was released on PC, Xbox 360 and PlayStation 3 in 2008 to merely modest success and acclaim, the series fully entered the triple-A market with the enormously successful and well-received Far Cry 3 at the end of 2012, which released on the same platforms. Far Cry 3 has now sold upwards of six million copies worldwide, and saw a digital-exclusive, 1980’s-inspired spin-off, Far Cry 3: Blood Dragon, also a huge success, going on to be one of the most beloved and frequently-downloaded digital games of 2013.

Do you believe that this may be a good direction for Far Cry 4? Are you happy or displeased that the game may be a next-gen-exclusive offering? As usual, your comments are welcome below.

Regardless of the final form that Far Cry 4 takes, Eurogamer claims that the game will be formally unveiled at E3 2014, and will likely see a release in the first half of 2015. Thus, we should have answers soon.

Eggplante’s tracking your Far Cry news, as we can trap it.