I have a few confessions to admit about Minecraft. First, I’m a fairly new player- with under a year of experience under my belt. Second, I’ve never played its Survival mode because I spend an absurd amount of time on Creative mode. Third, I mostly play the game not for its open-world adventure, limitless creativity and breathtaking eye candy- I spend hours in the game simply because the music keeps me there.

Minecraft is the 2011 indie sandbox game from Mojang Studios, originally developed by Markus “Notch” Persson. The game plops you in a randomly generated “map” where you are left alone to build during the day and survive at night. I put the word map in quotations because the more time you spend in the game, the quicker you’ll realize “map” your in becomes more of a “world”. At a point in the game you will make a few discoveries scattered across the world that will lead you to a plot, objective or crisis depending on how ready you are. The beauty in Minecraft comes from its simplistic cubic design and how they can be stacked perfectly to create a scenic mountain. The beauty comes in how unlimitedly forward you can walk as the world constantly generates in front of you, creating that seamless world. The beauty also comes in how deep you can dig- yes, the world underground is just as amazing as the one above. In the countless hours you will spend in the vast, open world you will occasionally hear music playing. No, your character isn’t hallucinating a miniature orchestra- that’s Minecraft’s soundtrack! 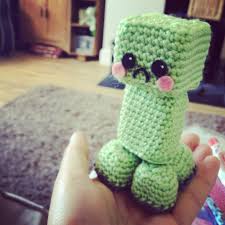 Unless you really are just hallucinating.

The brilliant mind behind Minecraft’s soothing music goes by the name Daniel “C418” Rosenfeld. This man is responsible for sewing that dream pillow you’ve always wanted, laying you down upon it, and lulling you to a fantasy world filled with Creepers. Cute Creepers. With much positive feedback from the music in Minecraft, Daniel decided to release “Volume Alpha”, the first official soundtrack featuring music included on the game and tracks that are completely new! Following success and a massive video game update, “Volume Beta” released in 2013 showcasing all new music composed by the talented C418. The album takes us another level deeper into the ocean. Listening to the album in complete solitude, or having the music flowing in the background, you can really feel the atmosphere Daniel accomplishes to place you in- It’s an empty world, it’s warm with a slight breeze, and it’s undoubtedly beautiful.

If you haven’t already given “Volume Alpha” and “Volume Beta” a listen, I highly suggest you do so. Highly. It’s a beautiful masterpiece that knows how to set the mood and has been the most appropriately written music for a video game I’ve heard in a long time. You can hear the adventure, you can hear the mystery, and you can hear the sense of being alone and free. Listen to it while you sleep, while you work- or do what I did and listen to it while you write an article. I can’t wait to hear what’s next for Minecraft. Until then, this will do. This is really all I need: Serenity.