Amongst the PlayStation 4’s hefty catalogue of promising indie titles to come, Transistor stood alongside The Witness and Rime as particular hopefuls for Sony’s new console. While the latter two are still without a solid release date, Transistor has just been announced by developer, Supergiant Games to be made available soon! 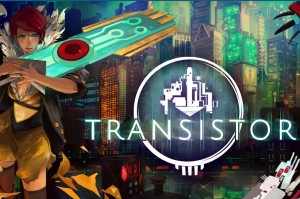 The anticipated action-RPG will officially be launching for PlayStation 4, as well as PC, on May 20th.

Supergiant Games, best known for developing indie sensation, Bastion for Steam and Xbox Live Arcade, and later iPad, describes Transistor as a, “Futuristic action-RPG” where players control Red, a heroine who wields the titular Transistor weapon. Players will explore a stunning futuristic landscape as they desperately try to solve the mystery of the weapon’s secrets, as well as why Red has been targeted for termination by some unsavoury folks.

More details are still promised on the game leading up to its release, and players will get a chance to try it out on the show floor at PAX East, along with numerous other promising indie games currently in development, running from April 11th to April 13th. While Sony will not be present at the convention this year (and nor will Nintendo), this will not affect third-party indie games being playable on demo PlayStation 4 hardware at the expo.

Transistor will command a $19.99 asking price on both Steam and the PlayStation Store when it launches in May.

For updates on Transistor and other promising indie titles coming to PlayStation 4 and other platforms, keep targeting Eggplante!