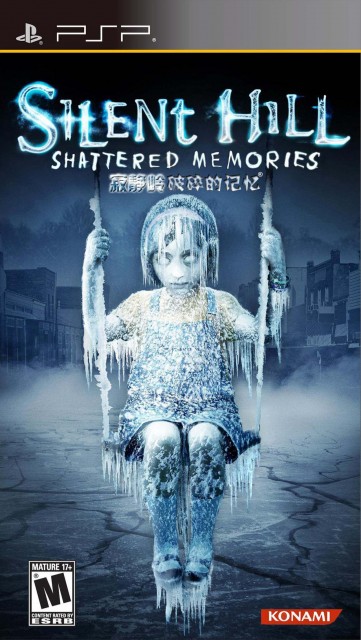 The Silent Hill series has been, ahem, quiet lately. While we wait for Konami to announce some new entries however, we can at least look forward to re-experiencing some of the old ones, as two prior portable favourites will be coming to the PlayStation Store for PlayStation Vita.

Silent Hill: Origins, as its title suggests, is a series prequel that follows trucker, Travis Grady getting lost in the foggy, unsettling town of psychological hellspawn several years before the events of the original Silent Hill game. Silent Hill: Shattered Memories is a remake of said original game, with several overhauled mechanics, improved graphics and a complete removal of combat elements, centering on protagonist, Harry Mason as he desperately tries to find his missing daughter in the nightmarish town.

Both games received mostly positive reception during their original releases on PlayStation Portable and somewhat less so on PlayStation 2, though Silent Hill: Shattered Memories was considered to be ideally experienced on Wii. While details on the Vita re-releases are slim at this point, they will likely feature the addition of some Vita-specific features such as touch controls, and will inevitably have upgraded graphics as well as the addition of trophies.

Keep stumbling to Eggplante for your updates on these and other Silent Hill offerings, as they stalk us.