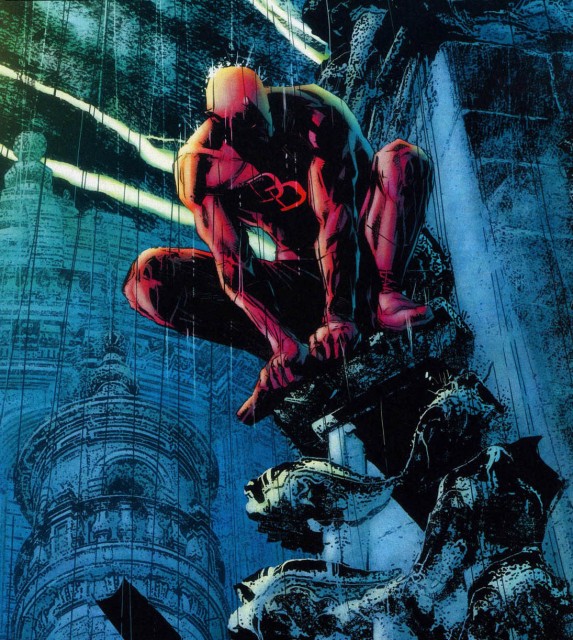 Seemingly out of nowhere, Marvel Studios has just confirmed their new casting for Matt Murdock/Daredevil in their upcoming Netflix original series of the same name. Charlie Cox, best known for his role as Owen Slater in HBO’s Boardwalk Empire, has officially been cast as the Marvel Cinematic Universe’s rendition of The Man Without Fear. Initially, news was leaked by Latino Review and Variety, with a follow-up claim by The Hollywood Reporter, though now, Marvel Studios has issued their own direct press release confirming the casting.

Despite Daredevil losing its original planned showrunner, Drew Goddard (who will nonetheless be writing and directing The Amazing Spider-Man movie spin-off, Sinister Six for Marvel and Sony), the show appears to be gaining ground faster than ever. Goddard has already been replaced by Buffy the Vampire Slayer and Spartacus alum, Steven S. DeKnight, and the Netflix original series appears to be on track for a Summer 2014 production start, with a likely release early next year.

Marvel Studios has re-affirmed a thirteen-episode order for Daredevil, and released the following official synopsis for the show:

“Blinded as a young boy but imbued with extraordinary senses, Matt Murdock fights against injustice by day as a lawyer, and by night as the super hero Daredevil in modern day Hell’s Kitchen, New York City.”

Short and sweet, and the bare essentials of Daredevil’s backstory, it would seem. As of this time, no other characters are confirmed, nor any actors cast beyond Cox in the title role.

Marvel’s blind superhero has already seen an ill-fated movie adaptation from 20th Century Fox in 2003, that being the Ben Affleck-starring Daredevil, which in turn received an even more hated 2005 spin-off, Elektra. Despite the fact that he met his wife, Jennifer Garner on the set of that movie after she was cast as Elektra, Affleck originally hated the experience so much that he swore never to be associated with comic book movies again. Of course, he eventually went back on this stance, as he’s now playing Batman in the DC Cinematic Universe, starting with 2016’s Batman v Superman: Dawn of Justice.

Daredevil is the first of four Netflix original miniseries to lead into Marvel Studios crossover series, The Defenders. It will be followed by Jessica Jones, Iron Fist and Luke Cage, though these title roles have yet to be cast, and no details on any of these original series, along with The Defenders, have come to light yet. All that’s confirmed is that these shows will all take place in the Marvel Cinematic Universe, shared with movies like Iron Man, Captain America: The Winter Soldier and The Avengers, along with television shows, Agents of S.H.I.E.L.D. and the recently-greenlit Agent Carter.

What do you think of Charlie Cox as the new Daredevil? Are you hopeful that this new Netflix original series can redeem the character after his ill-received 2003 movie? As usual, your comments are welcome below.

Eggplante will keep watch on updates related to Daredevil, The Defenders, and the Marvel Cinematic Universe at large.