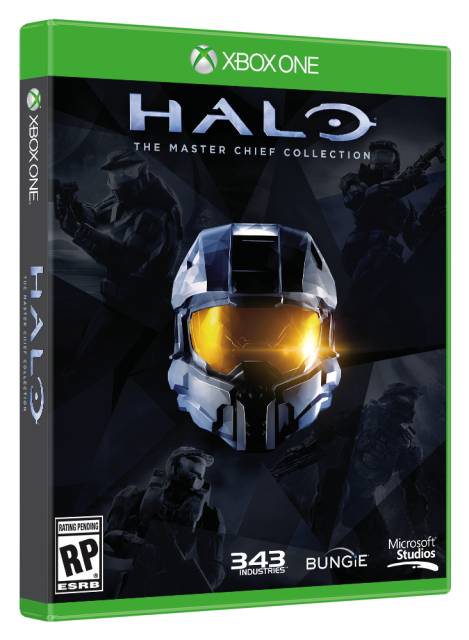 How about the entire collection of Halo titles featuring Master Chief, all wrapped into one beautiful package on a single disc, released nearly a decade to the day after the original Halo 2 launched on Xbox?

343 Industries announced that Halo: The Master Chief Collection will hit Xbox One as a single disc package on November 11th this year, complete with the original multiplayer maps, a full HD-upgrade for Halo 2 Anniversary, and a unified interface.

Oh, and it’s technically four games, so it comes with 4000 Gamerscore.

The game also includes an invitation to the Halo 5: Guardians beta which begins this December.

The unified interface lets players queue up any mission from any of the four games and includes playlists that string together related missions curated by 343 Industries. For example, you can play through all missions with the Flood in one go, or taken every level with Scorpion tanks at once. The playlists we’ve seen so far include:

The playlists are likely self-explanatory, and the idea that we can play through the final mission of each game really intrigues us as they have always been some of the most memorable moments in the series canon.

All of Halo 2‘s cutscenes have been re-rendered, and Halo: Combat Evolved Anniversary‘s “back” feature – the single button press that switches between the original game’s graphics and the new, upgraded engine – makes its way to Halo 2 Anniversary as well, though with no delay this time around.

There are over one hundred multiplayer maps – yes, that’s every map ever created – included in the bundle, some of which will be remade and upgraded to a newer engine, while the rest will be playable in the original early-2000 era glory. Every map, even upgraded ones, will have the ability to be played in their original style.

Halo: Nightfall is also the other piece of the Halo puzzle in all this. Nightfall is a digital series that is not the television series produced by Steven Spielberg. We don’t know much about the series yet, but we can’t argue with even more Halo action, even if it isn’t an actual game. We’ll report more back as soon as we know more.