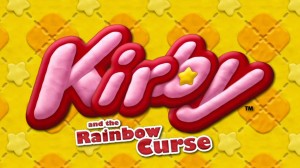 2005’s Kirby: Canvas Curse is among one of the DS’s most underrated first-party efforts from Nintendo. The game utilized the stylus to create rainbow paths that guide the motions of a perpetually ball-shaped Kirby through various platforming-style levels, and came complete with its own boss battles and puzzles.

Ten years later, it’s finally receiving a follow-up! Kirby and the Rainbow Curse is set to come to Wii U in 2015, and it will bring back the familiar stylus-controlled gameplay of its DS predecessor, this time using the screen of the Wii U Gamepad.

Kirby and the Rainbow Curse boasts a new plasticine-themed art style that looks absolutely gorgeous in utilizing the 1080p HD capability of the Wii U hardware. It also contains a new mechanic that allows Kirby to transform into vehicles such as tanks, rockets and submarines, much like Kirby’s Epic Yarn on Wii.

Beyond this however, Kirby and the Rainbow Curse presents a similar experience to the previous DS offering. Players will once again use the stylus to control Kirby’s direction and motion, attack enemies, influence the environment, and even battle against bosses like Kirby’s recurring tree nemesis, Whispy Woods, whose face can now be flattened with a hit to his newly-malleable plasticine mug!

No plot details on the new game have been confirmed at this point, nor are alternate characters like Waddle Dee, Dedede and Meta Knight, who were all playable in Kirby: Canvas Curse. It’s likely that Kirby will face a new villain however, given the plasticine style that seems clearly distinct from the hand-drawn stylings of the former DS game that tied into its own villain, the sorceress, Drawcia.

In any case, Kirby and the Rainbow Curse releases next year, exclusively on Wii U, and we’re bound to hear more about it soon. It hopefully shouldn’t take too long to arrive, as it’s already available for pre-order at Amazon, along with a handful of other retailers.

Keep rolling back to Eggplante for updates on this promising Wii U follow-up, and the Kirby series as a whole, as we can mould them.