E3 2014 saw the debut of gameplay footage for Warner Bros. and Rocksteady’s highly anticipated Batman: Arkham Knight. The game was shown off as part of Sony’s E3 keynote on Monday, whereupon Sony re-affirmed their exclusive partnership with Warner Bros., and confirmed the latest PlayStation-specific incentive for the celebrated stealth-action series; Exclusive missions pertaining to the game’s main villain, Scarecrow. 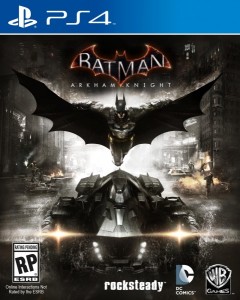 Those who play the PlayStation 4 version of Batman: Arkham Knight will be able to exclusively access, “Scarecrow Nightmare Missions” at various points in the story, which may perhaps take on the style of the chilling, hallucinatory fear sequences from the original Batman: Arkham Asylum. Warner Bros. nor Sony provided specific details, but given the term for these exclusive bonus missions, that would seem to be the implication.

These Scarecrow missions are not planned at all for the Xbox One or PC versions of Batman: Arkham Knight. For the most complete, feature-packed experience, it seems that you’ll have to buy the game for PlayStation 4.

Along with this confirmation, the game demonstrated one of its key new gameplay features at the PlayStation briefing, the Batmobile, which players can summon from anywhere in the open-world setting of Gotham City at the touch of a button. The Batmobile packs in a variety of weapons, including tank-disabling rockets, rubberized non-lethal rounds for taking out thugs, and an ejector seat that allows you to launch Batman into the air to continue gliding and grappling around the area.

Batman: Arkham Knight was originally set to release this October, but has since been delayed into next year. It is still set to release exclusively for PlayStation 4, Xbox One and PC, and won’t be available on last-gen consoles, nor Wii U. The game is currently available for pre-order, and anyone who pre-orders any of the three versions will gain exclusive access to Challenge Mode missions that have you controlling The Joker’s twisted squeeze, Harley Quinn.

Eggplante will continue to glide you your Batman: Arkham news and updates, as they swoop to us.