It may not be releasing this year, but Microsoft and Lionhead’s ambitious online RPG, Fable Legends will still be accessible to Xbox One owners before the year is up. This is thanks to the announcement at Microsoft’s E3 press conference on Monday that a beta for the game will be going live on Xbox One this Holiday. 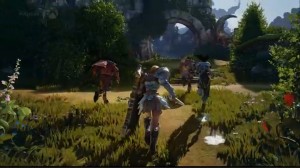 Details on the beta, including whether it’s open or closed, and how it may be accessed, are currently unclear. We should hear some more information soon, hopefully.

Fable Legends is something of a departure from the series’ former entries. It’s an online-only game that takes place four centuries before the events of the original Fable, when heroes of noble blood still proudly roamed the land of Albion in great numbers. Four varieties of heroes are playable for each squad, including a well-rounded, snarky royal prince, a mysterious cloaked magician, a mighty female warrior, and a quick, crossbow-wielding archer, who can team up to undertake missions and fight monsters together.

The twist comes courtesy of a fifth player, who takes control of a villain, and sees Fable Legends from a top-down view. The villain player creates monsters and traps in an effort to stop the heroes, winning the mission themselves if they manage to defeat the opposing do-gooders. 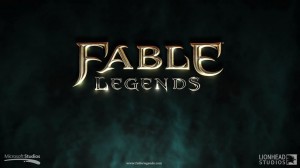 Microsoft is hopeful that Fable Legends can persist as a continuous experience for many years. Similar to Xbox One launch title, Killer Instinct, they hope to support the title with entire ‘seasons’ of content to be introduced over time.

Fable Legends is currently set to release some time in 2015, exclusively for Xbox One. We at Eggplante will continue brandishing your news on Fable Legends and the Fable franchise as a whole, so check back with us to find out when you can make your return trip to Albion!