After plenty of positive press out of E3 2014, Sony has just confirmed when PlayStation 4 owners can get their hands on anticipated exclusive, The Order: 1886, following its unfortunate delay out of this year. The action-packed gothic third-person shooter will now be available on February 20th, 2015. 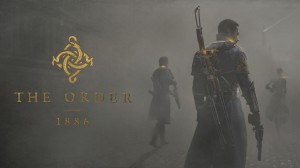 Not only was the game given a release date, but also the announcement of three separate Collector’s Editions, which are region-specific.

In Europe, the lone Collector’s Edition of The Order: 1886 will come with special black packaging, and will contain a replica of the blackwater vial worn by members of the titular Order. It will also contain the Knight’s Arsenal DLC, which offers alternate costumes for player character, Galahad, along with exclusive Arsonist Rifle and Arc Rifle Prototype weapons. Finally, the package will include a woven coat-of-arms, concept art postcards, a soundtrack CD, and a behind-the-scenes documentary detailing the game’s production. European pricing is not currently available for this PAL-only package.

In North America, you’ll have two special edition packages to choose from. Our Collector’s Edition retails for $79.99 USD, and comes with a 7-inch statue of Galahad, steelbook packaging, stickers, the aforementioned Knight’s Arsenal DLC, and the soundtrack and behind-the-scenes documentary that is also in the European Collector’s Edition.

If you’re really feeling bold about this new PlayStation 4 IP, and live in the U.S. or Canada, you might also consider the Premium Edition of The Order: 1886, which commands a mean chunk of change at $149.99 USD! This package contains the same goodies as the North American Collector’s Edition, minus the Galahad statue, which is replaced with a 13-inch statue of Galahad fighting a half-breed werewolf. It also comes with its own special box set packaging, and comes with the replica pendant from the European Collector’s Edition.

If you opt to simply pre-order a standard edition copy of The Order: 1886 at participating retailers such as Gamestop, Best Buy and Amazon, you’ll still receive the Knight’s Arsenal DLC as a free bonus when you receive your copy of the game.

Developed by Ready at Dawn and Sony Santa Monica, and published in-house by Sony Computer Entertainment, The Order: 1886 is an all-new PlayStation franchise debuting on the PlayStation 4. Players take control of Galahad, who is part of a secret order of knights that has persisted from Arthurian legend through to the 19th Century. Said order has dedicated themselves to battling against savage and intelligent ‘half-breed’ monsters, being hybrids of animal and man.

While the game is very much a third-person shooter with a heavy action component, it also combines elements of survival-horror and atmospheric adventure games. Ready at Dawn has also previously confirmed that The Order: 1886 will be single-player-only, and will not contain any sort of co-op or multiplayer functionality. It will also be locked at 30fps instead of a full 60fps, to secure smooth performance throughout gameplay, as well as preserve the integrity of the ambitious next-gen graphics.

Look out for The Order: 1886 next February, but in the meantime, Eggplante remains committed to targeting your news on this hot new PlayStation 4 IP.