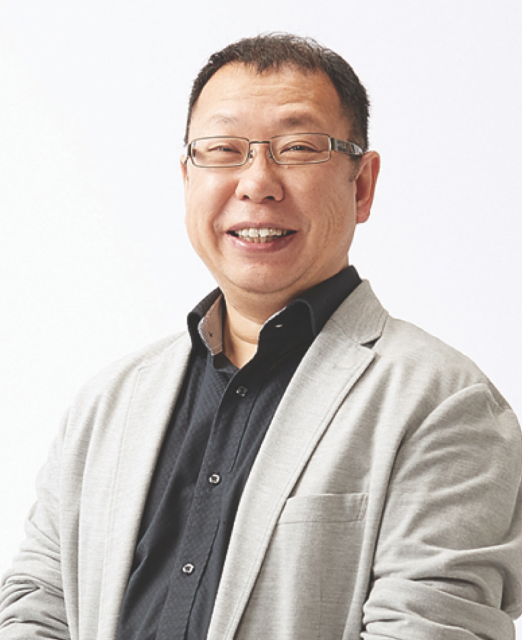 On Tuesday, we were afforded the opportunity to sit down with Mr. Takashi Tezuka, Executive Officer and Producer of many titles at Nintendo, most recently Mario Maker and Yoshi’s Woolly World for Wii U.

Eggplante: Congratulations on the unveiling of Yoshi’s Woolly World this morning!

E: You mentioned in the video that the game is not a sequel to Kirby’s Epic Yarn. Were there more things you wanted to do with Epic Yarn in a Yoshi game or another game, and that’s why you’re doing Woolly World?

TT: While I was working on the new Mario series and Kirby’s Epic Yarn came out, I thought, “wow, this is really beautiful, I like it,” but I was working on Mario, so I couldn’t do it right away, and so it was me who proposed to the dev team who was working on Yoshi to use this style. I really like their aesthetic sensibility and I wanted to work with them on a Yoshi game. But Epic Yarn is targeted towards a younger audience, and I didn’t want that, so I wanted to make a Yoshi game using their visual style to make something new for us.

E: In the video, you played with the yarn and thread to really try to understand its properties and how it feels. How important is it to get the little details like those right for the game?

TT: The artists at Good-Feel, who co-produced the game with us, in order to get this realism, they spent a lot of time with the materials to make it look realistic. As far as how the art style is represented, they worked really hard because it was important to them. For example, at the end of a strand of wool, you have tiny threads sticking out, and they played a lot of close attention to the details like that. 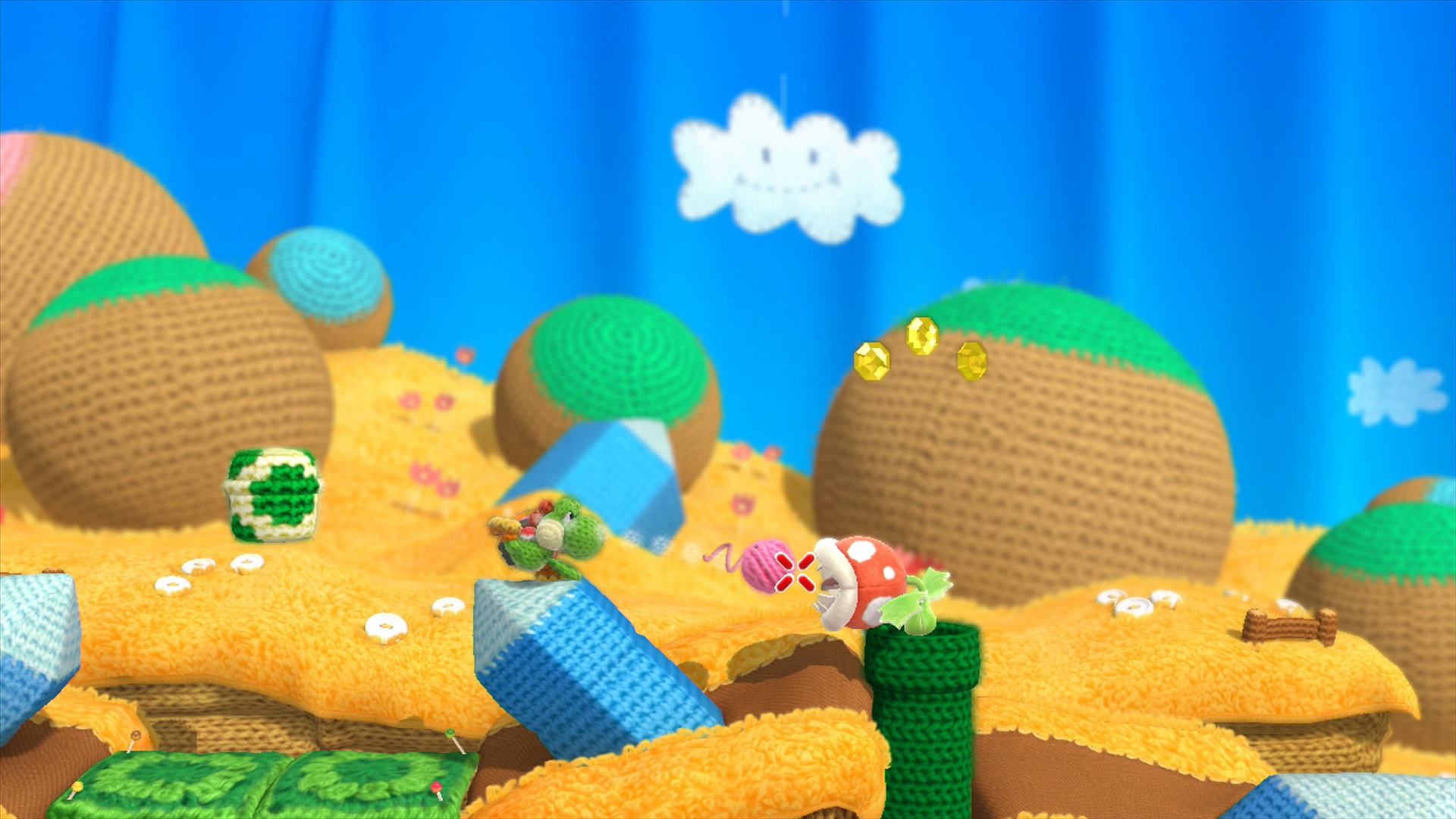 E: Is this a game that would’ve been possible before the Wii U?

TT: Of course, we keep in mind that, because it’s in HD, we can go into this kind of detail, but we weren’t waiting for new hardware to make this game.

E: What kind of new gameplay elements will we see in Yoshi’s Woolly World?

TT: This isn’t a really huge thing, but you’ll find in the courses where you see a little bit of yarn sticking out–and of course you can ignore it and go straight past it–but if you look, you can pull it to unravel a new area.

E: I saw that in the game actually, and it took me a minute to figure it out, but when I did, it was really satisfying!

E: The game has been in development for a little while. We first saw it as Yarn Yoshi in January last year. Has it changed a lot since it was first unveiled?

TT: A year and a half ago, that was created by Good-Feel, under our direction of course, but now we have our own designers involved. The course designers are actually people I’ve been mentoring and are Mario level designers that I’ve been working for a while.

E: That leads me perfectly into my next question: how does designing a Mario game differ from designing a Yoshi game?

TT: Actually, our thinking behind creating courses for either game is the same. How they’re similar is that, for either game, they’re filled with a lot of different courses, and we need to make each one unique. So for Mario, Yoshi, Donkey Kong, we all start off with that principle. But, as I touched on earlier, Yoshi games have no time limit, so we can create a bigger course, but when you have such a big course, you have to add a lot of different mechanics and hidden things to find. And sometimes, you end up putting way too many things in, and it’s just so much that it ruins the balance of the overall game. 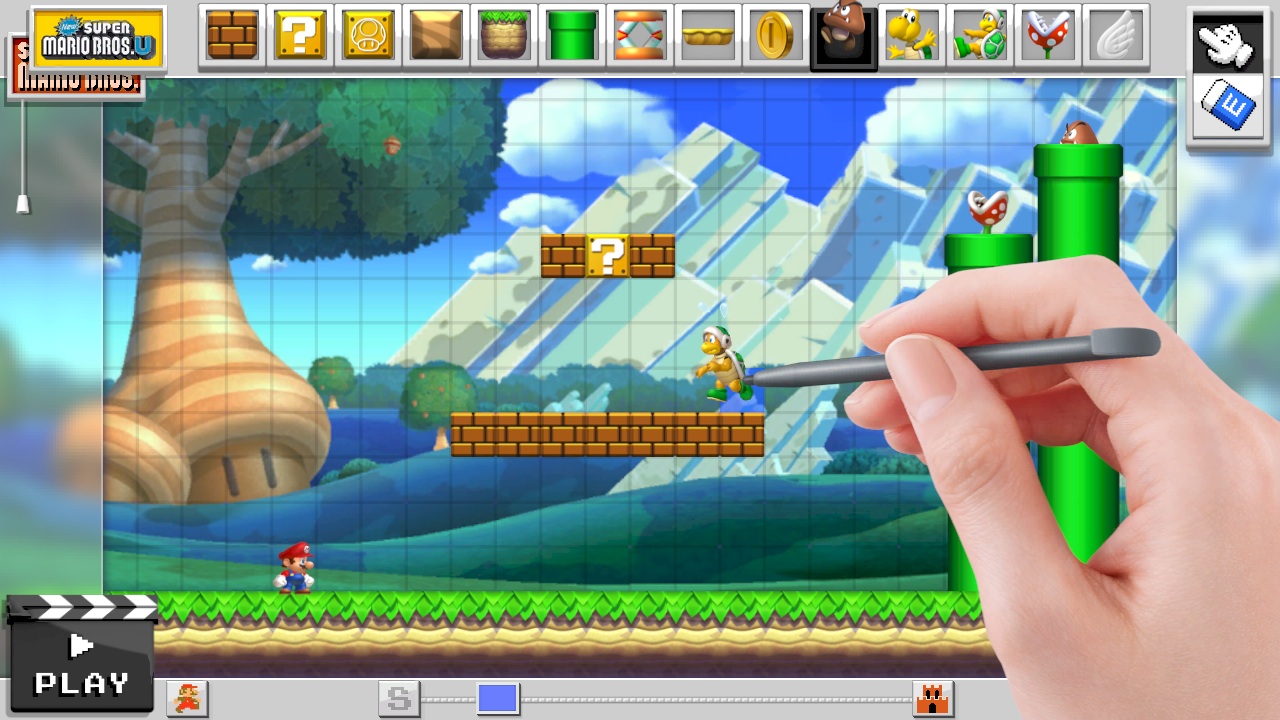 E: What kind of Miiverse functionality will Woolly World or Mario Maker have?

TT: We don’t have anything to announce at this time.

TT: Of course, I wish! If we had a ton of new Yoshi titles, we could make it a Yoshi-fest! That would be interesting, sure!

E: Is there something you haven’t worked on at Nintendo that you have some great ideas for that you would like to?

E: If it helps, it doesn’t have to be from Nintendo.

TT: I’d get in trouble if I said something that wasn’t Nintendo. I’d like to work on the Mother series. I didn’t get a chance to be involved, but if they do make any sequels, I’d want to be a part of that.

E: Wonderful! Thank you so much for your time!

It was a great pleasure to sit down with Mr. Tezuka and discuss his latest games as well as hear his thoughts on the industry. Stay tuned to Eggplante for more exclusive interviews!