UPDATE 3: Another World: 20th Anniversary Edition is now available on PlayStation 3, PlayStation Vita, and PlayStation 4, as the initial erroneous PlayStation Blog post suggested. Like the Nintendo and Xbox builds, these versions can be downloaded for $7.99, though PlayStation Plus members can snag them for the (slightly) reduced price of $7.19 during the first week. These three PlayStation builds are indeed cross-buy and cross-save as well, so buying any one of them will net you all three, and you can freely transfer your save data between any of the three PlayStation devices, which also share trophies to boot.

UPDATE 2: Another World: 20th Anniversary Edition has now seen a quiet release for Xbox One, and is now available to download for $7.99 on Microsoft’s current-gen console. The PlayStation builds are still MIA however, with no release plan being known at this time for Sony’s platforms.

UPDATE: Whoops! It appears that the PlayStation builds of Another World: 20th Anniversary Edition missed their release date of June 24th. The PlayStation Blog has since clarified that their post about this release date was made in error, and currently, the game still has no release date scheduled on PlayStation platforms. Developer, Digital Lounge has given no reason for the apparent delay at this time either. This is odd, as Another World: 20th Anniversary Edition released on schedule for Nintendo 3DS and Wii U on June 19th, but its status on PlayStation and Xbox platforms is currently unknown.

Remember Another World? It was an outstanding cinematic action-adventure game for the Amiga and Atari ST? Its Amiga version in particular won all sorts of awards in the early 90’s? You might have known it as Out of this World in its early North American releases? No? Well, no big deal. You’ll have time to catch up on this little lost gem soon, as its 20th anniversary remake is expanding to consoles and handhelds in just a few short days. 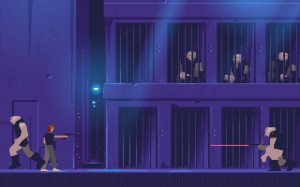 Another World initially released in 1991, and involved a scientist named Lester, who accidentally transports himself to a hostile alien world after an experiment goes awry. While primarily a blend of adventure game and platformer, Another World incorporated some prototype elements of survival-horror, as Lester is virtually defenseless beyond a punitive kick function to start, and doesn’t acquire an adequate means to defend himself until later in the game. Lester and his alien companion also die immediately if they take a single hit from any hazard or projectile, resulting in a Game Over.

As if that weren’t bad enough, the initial early builds of the game on Amiga didn’t even have a save function. If you had to quit out of the game, you had to punch in a special code just to restart from a specialized checkpoint, similar to the password functions of early console games.

Of course, the 20th anniversary remake of the game, initially released for iOS in 2011, fixed this issue, along with adding in the option for updated HD graphics, a choice between specialized touch controls or simulated gamepad controls, remastered audio, and multiple difficulty settings. This update was also re-released for Android devices in 2012, and came to PC via Steam and GOG in 2013.

At long last, the modern overhaul is coming to the home console and dedicated handheld space as well, very soon in fact! Depending on your platform of choice however, you may get it earlier or later.

Another World: 20th Anniversary Edition will arrive first on Nintendo platforms as soon as this Thursday, June 19th, in both North America and Europe. It will be available from both the 3DS eShop and Wii U eShop on that date, with the 3DS version sporting 3D-capable visuals, and the Wii U version supporting off-TV play on the Wii U Gamepad as unique incentives.

PlayStation gamers meanwhile have been confirmed to be receiving Another World: 20th Anniversary Edition next week, via a recent post on the PlayStation Blog. It will arrive on June 25th, downloadable from the PlayStation Store for PlayStation 3, PlayStation Vita and PlayStation 4. Best of all is that the game will be cross-buy on PlayStation, with a single purchase on any PlayStation device netting you all three of these builds, which will also feature cross-save capability, and cross-Trophy support. 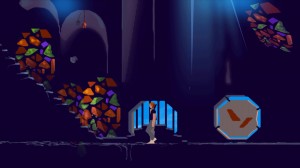 Another World: 20th Anniversary Edition is set to release on the Xbox One Games Store at some point as well, though the Xbox One version is currently without a release date. At the very least however, the game is expected for Xbox One within the year, and this version likely won’t be too far behind its Nintendo and PlayStation builds. Unfortunately, the game will not be receiving an Xbox Live Arcade port, and thus won’t be available at all on Xbox 360.

Another World: 20th Anniversary Edition has already received immense media praise in its mobile and PC incarnations, and is sure to be just as appealing when it comes to dedicated gaming platforms. Being a lost Amiga classic, it’s certainly worth re-discovering in its new and improved form, regardless of whether or not you’ve played the original.