If you’ve passed up the chance to wreak havoc in Emperor Zinyak’s simulation of Steelport up to this point, you may wish to consider an impending re-release. Along with the dating of their next-gen re-releases of the Metro games today, Deep Silver has also confirmed in a surprise announcement that Saints Row IV: National Treasure Edition will release in just a few short days, on July 8th. 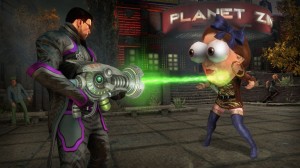 Saints Row IV is a comedy-based open-world sandbox action game where players take control of their custom-made leader of the Third Street Saints gang, who is now the President of the United States. Following an alien invasion by extra-terrestrial dictator, Emperor Zinyak, players are placed in a Matrix-esque simulation world, where their character is given superpowers and an assortment of eccentric weaponry, unleashed to cause trouble in order to reduce the grip of Zinyak’s invasion.

Eggplante reviewed Saints Row IV last year, praising the wealth of activities and challenges, as well as the polished difficulty curve and sharp sense of humour. 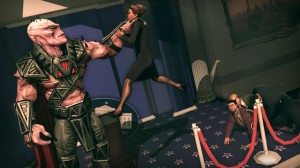 Currently, the future of the series is uncertain, with developer, Volition Inc. citing that Saints Row IV was designed as a series climax for last-gen hardware. Nonetheless, a Saints Row 2 actor claimed in December that they had recorded voiceover for a new game in the series, and considering that Saints Row is one of the most lucrative and well-received properties from the former THQ portfolio, it’s unlikely that a Saints Row V won’t eventually materialize under the new management of replacement publisher, Deep Silver. Saints Row IV’s secret ending even left some room for the series to continue in a predictably absurd fashion.

Regardless, Saints Row IV: National Treasure Edition will offer the best way to experience the series’ latest on last-gen consoles and PC, on July 8th. Eggplante will also be continuing to target your news and updates on all things Saints Row.