After scooping up numerous accolades out of this year’s E3, anticipation for next-gen co-op shooter, Evolve is at an all-time high. PC gamers at the very least will soon get to test a very early build of the game as well, as developer, Turtle Rock Studios is now allowing players to sign up for a chance to play the Evolve alpha.

Sign-ups are being held at the official site, http://evolvegame.com/alpha/, and Turtle Rock Studios asks that players who are invited not disclose any details related to the early build of the game. There are also some restrictions to bear in mind as well. You must be at least eighteen years of age to participate in the alpha, obviously, you must be a resident of Canada or the U.S., and you must have a working Steam account.

Alpha sign-ups close at some point this coming Saturday, July 5th as well. If you’re interested, be sure to sign up fast!

This alpha is separate from the open beta that was announced to be offered exclusively on Xbox One leading up to Evolve’s final release. This is the result of a deal with Microsoft that was touched upon at E3 this year, which will also give the final game timed exclusive DLC on Xbox One to boot.

Evolve was acquired by 2K Games following the bankruptcy of its original planned publisher, THQ, though this was before the game was known to the public. It involves a group of four players teaming up to fight against a powerful monster, which is controlled by a fifth player. While straight skirmishes are possible, the game can also feature secondary objectives to prevent proceedings from becoming the same old repetitive struggle between humans and beast. 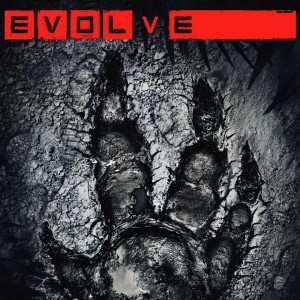 Evolve officially releases on October 21st of this year, for PC, PlayStation 4 and Xbox One.

Eggplante will continue to hunt your news and updates related to Evolve.