The Wolf Among Us: Episode 5 – Cry Wolf will first release for PC and Mac worldwide, along with the PlayStation 3’s PlayStation Store in North America, this coming Tuesday, July 8th. Its PlayStation 3 build will then release in Europe, along with the Xbox Live Arcade version worldwide the following day, on July 9th. Finally, the final episode will come to iOS on the subsequent Thursday, June 10th, worldwide. 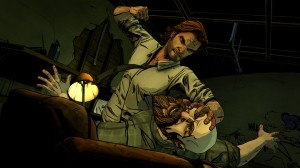 As with the previous four episodes, Cry Wolf will cost $4.99 to download individually on any of its platforms, but will immediately be available to download for free to anyone who already purchased the game’s Season Pass. It will continue to carry over the player’s decisions from the former episodes, and, naturally, will bring the story to a conclusion.

The Wolf Among Us is a prequel to Vertigo and DC Comics’ comic book series, Fables, taking place in the 1980’s, from the perspective of former fairy tale villain, Bigby Wolf, a.k.a. The Big Bad Wolf. As sheriff of Fabletown, a struggling suburb of New York where undercover fairy tale personalities try to eke out a living in the modern world, Bigby must solve a gruesome murder that is only the beginning of a large-scale conspiracy, one that has all of Fabletown under its influence. 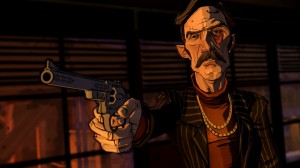 The well-received point-and-click-style mystery-adventure game may be wrapping up soon, but if you have yet to experience it, physical packages of The Wolf Among Us are set to come to retail in the Fall, for Xbox 360 and PlayStation 3. The game is also expected to debut all five of its episodes on PlayStation Vita later this year as well. Telltale has also confirmed that The Wolf Among Us will eventually release for PlayStation 4 and Xbox One in its entirety, though there is currently no release window for these next-gen builds.

With the news of The Wolf Among Us concluding, Telltale also announced that it plans to release the fourth episode of the simultaneously-developed The Walking Dead: Season Two this month as well. Like The Wolf Among Us, The Walking Dead: Season Two is expected to receive physical retail packages for Xbox 360, PlayStation 3 and PlayStation Vita in the Fall when it properly concludes, and will eventually be released for PlayStation 4 and Xbox One.

Keep sniffing Eggplante for your news and updates related to Telltale’s games.