After it seemed like things were finally going swimmingly again for Captain Jack Sparrow’s fifth adventure, Disney apparently halted production according to several sources, and this immediately cast doubt on the Summer 2015 release plan. 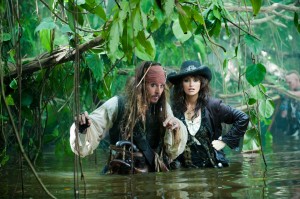 Now, that plan has officially been thrown out. Disney has extensively revised their release schedule for the fifth Pirates of the Caribbean movie, previously confirmed to be titled Pirates of the Caribbean: Dead Men Tell No Tales. It appears that they’ve really got to go back to the drawing board as well, as the movie has been pushed a whole two years back, landing a new July 7th, 2017 release date. Yikes! That places the fifth film a whole six years (and a couple of months) after the release of the fourth in 2011.

The repeated production stalls that ultimately led to this huge, whopping delay, are mostly due to Disney chairman, Alan Horn feeling that the script was rather faulty, and constantly needed polishing. Directing duo, Joachim Roenning and Espen Sandberg have also reportedly needed additional time to acclimate to the movie’s scale, not being used to massive tentpole franchises like Pirates of the Caribbean.

In any case, Johnny Depp remains the only actor attached to star in Pirates of the Caribbean: Dead Men Tell No Tales, reprising his role as Captain Jack. No other cast, nor plot details of any kind have come to light. Regular producer, Jerry Bruckheimer is likely not even involved with the franchise anymore, as he has severed ties with Disney and since allied with Paramount. 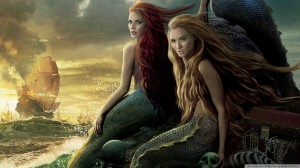 Summer 2017 is rapidly starting to fill up even now, with Pirates of the Caribbean: Dead Men Tell No Tales only being the latest addition. Marvel Studios has set an untitled mystery movie to kick off the Summer on May 5th, 2017, with an entirely different Marvel Cinematic Universe-set movie releasing on July 28th, 2017, and Marvel and Fox already having set a release date for a sequel to next year’s Fantastic Four reboot on July 14th, 2017. 2017 will also see a currently-untitled Pixar movie, a currently-untitled Blue Sky Studios movie, Despicable Me 3, and The LEGO Movie 2, all of which now have release dates in the Summer 2017 season.

Eggplante will continue to sail you your news and updates related to Pirates of the Caribbean.