A huge surprise came out of what was thought to be a rather predictable Legendary panel at this year’s Comic-Con. This came with the showcasing of a teaser that showed a rather interesting reveal: A harsh, stormy island landscape that culminated in a triumphant roar by none other than King Kong! 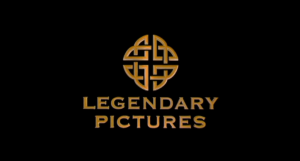 One of the most recognized movie characters in film history, King Kong has seen numerous reboots and portrayals since his original incarnation in 1933’s King Kong. The previous attempt was done by Lord of the Rings and The Hobbit trilogy dire

Legendary’s reboot won’t simply be another straight-up re-telling of the story many of us are well familiar with however. Instead, it will appear to focus more on Skull Island, King Kong’s stomping grounds before his capture. Kong himself will still be a huge part of proceedings by the look of things however. For reference, the movie appears to have sprung from Legendary optioning the 2009 comic series, Kong: King of Skull Island, though whether this is the movie’s final title is uncertain.

Regardless, the new King Kong-themed movie is currently without any announced writer, director or cast, but it already does have a release date; November 4th, 2016. Hopefully we find out more soon.

In any case, between this, Godzilla and Pacific Rim, it looks like Legendary is trying to make a new name for themselves as a studio specializing in big-budget monster blockbusters!

Stay tuned to Eggplante regarding any news and updates pertaining to when we may yet again visit Skull Island.