Despite a tumultuous and very troubled production run that saw a director swap, and cast shuffles that occurred even recently, with Patrick Wilson apparently exiting his role due to a scheduling issue mere days ago, Marvel Studios’ newest superhero blockbuster franchise debut, Ant-Man is finally gearing up for filming to officially start on August 18th. 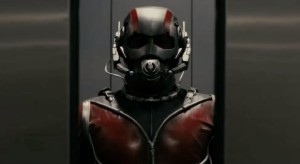 Unfortunately, this means that nothing can be properly showcased about the movie at this year’s Comic-Con. Still, that didn’t stop director, Peyton Reed and the cast from putting together a tiny teaser of their own, featuring Michael Douglas as Hank Pym and Paul Rudd as Scott Lang, two generations of Ant-Men.

The teaser gives some added insight into Pym and Lang, namely that Pym detests superheroes, calling them, “A goddamn joke that just cause destruction and mayhem”, yet despite this, he requires Lang’s help for, “A small job.” The teaser then shows Lang, in small form, having to try and communicate with a fly, presumably on the run from pursuers, using an unseen Pym as guidance. The teaser ends with Lang dropping out of frame, and then flying away on the fly, quipping that it wasn’t that hard.

It doesn’t seem like much, but it’s something. It gives a good idea of the kind of tone that the movie and characters are going for.

Most importantly however is the long overdue revelation as to who two of the key players in the movie are portraying. Evangeline Lilly has finally been confirmed to play Hope Van Dyne, the daughter of Hank Pym and Janet Van Dyne, the latter of whom eventually became superheroine, The Wasp in Marvel Comics. Corey Stoll meanwhile, as rumour suggested, is portraying Ant-Man’s primary villain, who is indeed Darren Cross. 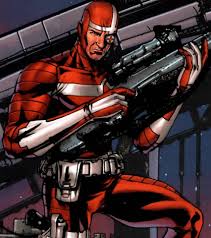 Darren Cross is a lesser-known Marvel character, but in Ant-Man, he will have taken over Hank Pym’s research company, once being Pym’s star pupil of sorts, which Cross predictably has a rather dubious agenda with. Interestingly, director, Peyton Reed has also confirmed that Cross will adopt one of Hank Pym’s superhero identities from the comics, Yellowjacket, in the movie. This will create a doppelganger-esque conflict between Scott Lang and Darren Cross that will mirror the original Tony Stark/Obadiah Stane divide in 2008’s Iron Man.

In the Marvel Comics, Cross is dying of a heart condition, and inadvertently mutates himself by trying to create a special pacemaker. He ends up kidnapping a doctor that he thinks can reverse his condition, leading to the Marvel Comics version of Scott Lang stealing Hank Pym’s Ant-Man costume to try and reclaim the doctor for Lang’s own ailed daughter. Cross then ends up dying by overloading his heart on account of battling Lang.

Given Cross’s bearing as a key player in Scott Lang’s Marvel Comics origin story, it makes sense to feature him as the villain of Ant-Man. Liberties are clearly being taken with the source story, but hopefully, the movie is all the better for it.

Ant-Man hits theatres on July 31st, 2015, and will kick off Phase Three of Marvel Studios’ movies.

Keep shrinking back to Eggplante for all of your news and updates on Ant-Man and the Marvel Cinematic Universe at large.