Wii U eShop sensations, NES Remix and NES Remix 2 are about to get the retail treatment! At their SDCC stream, Nintendo announced NES Remix Pack, a retail package that will release this Fall for Wii U, and combine both NES Remix games together, just in time for the Holiday Season.

Both of the NES Remix games are score-based, arcade-style challenge that take vintage games from Nintendo’s NES catalogue, and tweak them with new, quirky elements. Examples include playing the original Donkey Kong game as Link from the Legend of Zelda series, or playing the original Super Mario Bros. backwards. 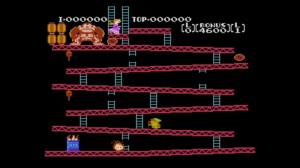 No price was given for NES Remix Pack, though both games are available to download individually for $14.99 each on the Wii U eShop. The original NES Remix is also being offered as a free reward for this past year’s Club Nintendo Platinum Members.

NES Remix includes earlier and simpler NES games like Balloon Fight, Wrecking Crew, Ice Climber and Urban Champion, while NES Remix 2 features newer and slightly more advanced NES titles such as Metroid, Kirby’s Adventure, Punch Out!! and Kid Icarus. Both games are fun and addictive, and are sure to be a great time for retro chic gamers.

Keep mixing Eggplante for all of your news and updates on great Wii U games and incentives.