Given that Telltale is also at work on Borderlands spin-off, Tales from the Borderlands, and an adventure game based on the world of novel and television sensation, Game of Thrones, it’s likely that we won’t see The Walking Dead: Season Three until towards the end of 2015, at the earliest. Still, it’s great to know that the conclusion of Clementine’s current story arc won’t mark the end of Telltale’s smash hit run on the post-apocalyptic zombie franchise. 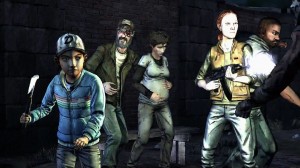 Keep shuffling back to Eggplante for all news and updates on Telltale’s The Walking Dead games.