UPDATE: Just a couple of days after DC announced the addition of Wildcat to Arrow for the upcoming third season, we have now received confirmation that “House of Payne” star, J.R. Ramirez has been cast in the role. The CW also stressed even more that Wildcat’s character will play a pivotal part in Laurel Lance’s character arc this season, teasing more than ever Laurel’s seemingly inevitable adoption of the Black Canary mantle. Ra’s Al Ghul however still has yet to be cast.

NOTE: Mild spoilers for Arrow’s second season are present in this article.

Cementing what many suspected for a long time, DC finally gave official confirmation at Comic-Con today: Yes, Ra’s Al Ghul will make his debut in the flesh during Arrow’s upcoming third season.

The news came with a replay of a Comic-Con teaser trailer for the upcoming third season of The CW’s highly popular DC Comics-inspired action-drama series, with an added fifteen seconds to tease low body shots of the man behind the League of Assassins, as the whispers about the character during the show’s second season played over it. 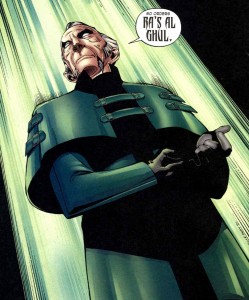 This would appear to fall in line with Ra’s Al Ghul potentially being the main overarching villain of the third season. The CW previously stated that the villain of the season is interesting because he doesn’t necessarily disagree with The Arrow, nor Oliver’s nightly campaigns under the hood, though he believes that Oliver is also not thinking big enough. Given that Ra’s Al Ghul destroys entire cities under the belief that it preserves world order, could Starling City be declared, “Beyond saving”?

It’s unconfirmed who is portraying Ra’s Al Ghul, though the character has already been portrayed on the big screen by Liam Neeson in Batman Begins and The Dark Knight Rises. While primarily a foe of Batman, Ra’s Al Ghul has presented trouble for the larger DC Universe on several occasions in DC Comics as well. Considering that Batman doesn’t appear to exist in the DC Television Universe, it’s no doubt up to The Arrow to put a stop to Ra’s himself.

Outside of the teaser trailer however, DC also confirmed separately that Ted Grant would be yet another addition from the DC Universe to come to the show, though again, he has yet to be cast. DC fans would know Grant by his other moniker, Wildcat, a highly skilled hand-to-hand fighter with no powers, but enough abilities to face even super-powered foes in combat with his bare hands! 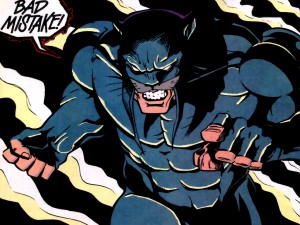 Perhaps most exciting about Wildcat however is that he is a mentor to Black Canary in other DC media, a mantle adopted by Sara Lance during Arrow’s second season, but teased to be passed to Sara’s sister, Laurel at some point. Might Grant be teaching Laurel how to fight so she can succeed Sara in the role of Black Canary? It’s certainly an exciting prospect!

Eggplante, meanwhile will continue to aim your news and updates on Arrow.