The CW’s upcoming DC Comics-inspired Arrow spin-off, The Flash has just added another new villain to its ranks. Rake’s Kelly Frye has been cast in the previously-rumoured role of Bette Sans Souci, better known as DC villainess, Plastique. She will debut in the new series’ fifth episode. 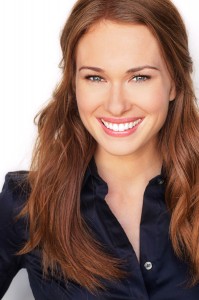 In The Flash, Bette is among many caught in the effects of the explosion at S.T.A.R. Labs that contributed to unlocking Barry Allen’s super-speeding powers. As a result, she gains the ability to turn anything she touches into an explosive device. This leads the military to pursue her and try to exploit her abilities so that she can become a human weapon.

Those familiar with DC Comics will see that this is a slight deviation from Plastique’s portrayal in the printed pages. In the DC Comics Universe, Plastique can project explosive force, but is limited to doing so from her own body. In The Flash however, it seems that she can merely create bombs from other things, and isn’t necessarily invulnerable to explosions herself.

Despite being a villain in DC lore, Plastique appears to be at least starting as a more good-natured character on The Flash, and perhaps even an ally to Barry Allen. Of course, there’s plenty of time for her to go bad, especially considering the destructive potential of her abilities, and the world’s inevitable response to them.

This isn’t the first time that The CW has realized Plastique in live-action either. The character also appeared in the eighth and tenth seasons of Superman prequel series, Smallville, where she was portrayed by Jessica Parker Kennedy. In that portrayal, the character still had a tragic backstory, but was more outwardly a villain in the end.