Sony apparently wants this new spin-off ready to release some time in 2017, and they’ve hired Burn Notice’s Lisa Jay Nolan to write the initial draft of the script. No director is set for the movie at this time, nor is any cast, though the latter point is especially unsurprising, given that we don’t currently know which character we’re dealing with. 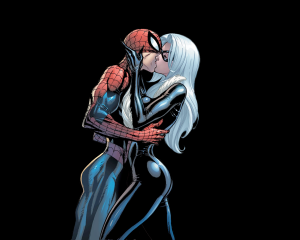 Naturally, the most likely candidate for this spin-off’s star is Spidey foil and anti-hero, Felicia Hardy, a.k.a. Black Cat. Hardy appeared in The Amazing Spider-Man 2 as an employee of Oscorp, played by Felicity Jones, and given that she’s already had an appearance and a story foundation, it would be strange if that wasn’t the character that Sony is aiming to portray here.

One must also consider that Sony probably wouldn’t own the rights to most other female Spider-Man personalities outside of those that regularly deal with the Wall-Crawler. Spidey-hunting mercenary, Silver Sable is another possibility, granted, though she would be far less likely, unless she’s going to be established in one of the other spin-offs. Spider-Woman is another slight possibility, though given Spider-Woman’s lack of proper affiliation with Spider-Man, it’s especially likely that Sony doesn’t own the rights to use any of the Spider-Women from Marvel Comics canon, especially with rumours of competing studios once trying to kickstart a Spider-Woman movie.

Whatever the case, this new movie joins two other spin-offs of The Amazing Spider-Man. Sinister Six, a redemption story centering around the titular group of Spider-Man super-villains, is currently set for release in November of 2016. Another spin-off centering specifically on Spider-Man villain and occasonal anti-hero, Venom is also in the works. 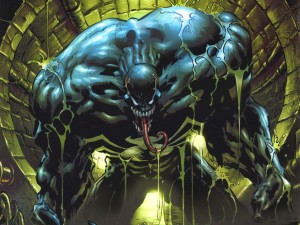 Speaking of Venom, Sony appears to have trickled out a few additional details on that particular spin-off, if credible Hollywood source, Deadline is to be believed. Supposedly, the movie is currently operating under the title, “Venom: Carnage“, suggesting that fellow Spidey nemesis and Venom arch-enemy, Carnage will indeed be the villain of the movie, as frequent rumour has stated. Sony is also apparently planning to release Venom: Carnage in 2017, along with the new mystery spin-off, between Sinister Six in 2016, and the recently-delayed The Amazing Spider-Man 3 in 2018.

While The Amazing Spider-Man 2 drew some mixed feedback, we were a bit more fond of it in our review, declaring it a fun popcorn flick with plenty of style and action, even if its sometimes-problematic storyline is burdened with the onus of setting up new sequels and spin-offs for Sony’s Spider-Man film universe.

Keep swinging back to Eggplante for all of your news and updates related to Sony’s The Amazing Spider-Man movies, and their spin-offs.