It appears that Capcom is sitting on quite the announcement, which they perhaps ultimately decided against showing off at Gamescom this year, in favour of next month’s Tokyo Game Show in Japan.

Well, apparently someone at Microsoft didn’t get that memo. Posted on Xbox.com, were the following box art and concept art for Biohazard: Revelations 2, a.k.a. Resident Evil: Revelations 2. You can check them out below: 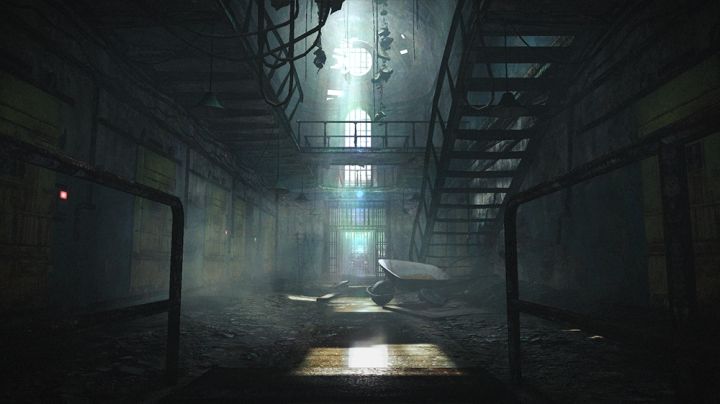 Yes, it’s not often that one of the Big Three themselves accidentally leak a game before its official announcement, but there’s pretty well no refuting this blatant evidence. Capcom is hard at work on an all-new Resident Evil game, one that they haven’t formally announced yet, but one that fans would be no doubt excited about the prospect of.

The title of this unannounced game pretty much says it all, with the game clearly being a direct follow-up to Resident Evil: Revelations, a game meant to return to the series’ slower-paced survival-horror roots, while maintaining the over-the-shoulder view and controls pioneered in 2005’s immensely acclaimed Resident Evil 4.

Resident Evil: Revelations began as a 3DS exclusive in 2012, where it was very well-reviewed and met with strong worldwide sales, currently sitting at about 780,000 copies sold on Nintendo’s handheld. In 2013, the game was re-released and re-tooled for PC, Xbox 360, PlayStation 3, and Wii U. These versions were not reviewed quite as well however, with only the PlayStation 3 edition getting comparable sales to the 3DS original, selling about 570,000 copies. The Xbox 360 version also moved a respectable amount of units at just under 200,000 copies, though the PC and Wii U editions both sold poorly, with neither cracking 100,000 copies.

Given the scathing fan feedback and poor reviews of the series’ previous proper offering, Resident Evil 6, with its heavy focus on cinematic action being deemed a, “Betrayal” of the

franchise to many of its followers, it makes sense that Capcom would want to deliver a new game that’s closer to the original vision behind Resident Evil.

Interestingly, the Xbox 360 box art and lack of Xbox One box art on Xbox.com would appear to indicate that the game is being designed for last-gen hardware, not the next-gen PlayStation 4 or Xbox One. This could be due to Japan suffering poor PlayStation 4 sales at this point, with the Xbox One still not available in the region, and continuing to generate a spectacular lack of interest amongst the Japanese for the Xbox brand as a whole.

Regardless, Capcom has claimed that they have, “No new announcements at this time”, neither confirming nor denying the existence of Resident Evil: Revelations 2. There’s little doubt that we’ll hear about this new game leading up to, or during Tokyo Game Show, so stay tuned.

Eggplante will continue to propagate your news and updates on Resident Evil.