Selfie is ABC’s high-profile new sitcom, and while it’s not set to properly debut until the end of this September, the network has made the pilot available early to stream on Hulu, along with nixing a review embargo. Thus, I got an early look at the series’ first episode ahead of the show’s premiere date. Is it any good?

Well, it’s… decent. The pilot is a little rough, being overstuffed with pop culture references and inane social media colloquialisms, but it’s reasonably funny, and carries some potential to be a commentary on our social media-choked modern society. The dependence on hip, modern material instantly dates the show, granted, even if it should no doubt tempt the coveted 20-something female viewer demographic in particular during its proper airtime.

Selfie stars Doctor Who’s Karen Gillan, and Star Trek’s John Cho, playing Eliza Dooley and Henry Higgenbottam respectively. If those names feel oddly familiar to you, it’s no doubt because you’ve seen the 1964 Audrey Hepburn movie, My Fair Lady, which Selfie is a modern take on, only slightly altering the names of its lead characters. It has nothing to do with the recent viral song by The Chainsmokers, “#Selfie”, though that song is the very first thing you hear in the pilot of Selfie, because of course it is.

After being tormented as an ugly child, Eliza works to improve her physical image, and becomes a drop-dead-gorgeous, but socially inept adult working for a pharmaceutical company. This is a character that audiences have seen before, but the big hook is that Eliza has an outrageous addiction to anything in high-profile social media. Between Twitter, Facebook, Instagram, Snapchat, and whatever else, Eliza has almost half a million followers as well. Somehow. Don’t think about it too hard.

But oh no! A terrible airplane incident (don’t ask) makes Eliza the subject of an embarrassing viral video, leaving her humiliated, and realizing that her followers don’t equate to real-life friends that she can rely on. Hence, she enlists the help of Henry, who just so happens to be strong-armed by his boss into finding a date for his boss’s daughter’s wedding (convenient), with Henry being a marketing genius and down-to-earth thinker who is, to put it nicely, a bit of a bore.

Yes, anyone who has seen just about any sitcom can see where this is going. Eliza and Henry rub off on each other and both become better people through each other’s influence, which the pilot wraps up on the note of, amidst a corny, but kind of cute epilogue. Fortunately, Gillan and Cho have impeccable chemistry, which constantly shines through whenever they’re not hampered by the occasionally vapid writing in the pilot script. Seeing them together does make you want to watch the show, if only to see how else they can interact. 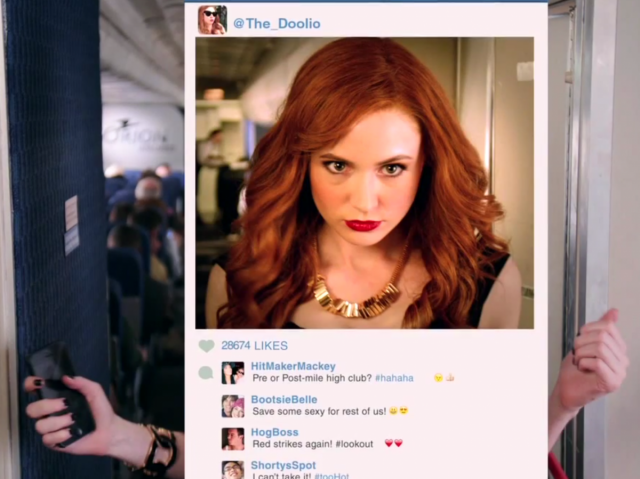 Given the in-the-now subject matter though, one has to wonder if Selfie will have the staying power of some of ABC’s more recent sitcoms. It’s clearly made to fill the void left by the now-axed Trophy Wife, which was the network’s previous attempt to court young female viewers with a new sitcom. Selfie at least presents something different and reasonably forward-thinking for a sitcom with this apparent target audience, but it begs the question of just how the show is going to drag out Eliza’s transformation into an actual, grounded human being.

That said, the idea behind the show is sound, and it’s made with no shortage of heart, even if it’s kind of looking for a brain at this point. Like I said, the script overdoes it on the leetspeak and pop culture references, sometimes to the point of absolute annoyance, and to the disservice of Gillan’s character, even if she is somewhat meant to get on your nerves to start. With some work, this could be a smarter show, but the fact remains that it’s not quite as smart as it should be yet. 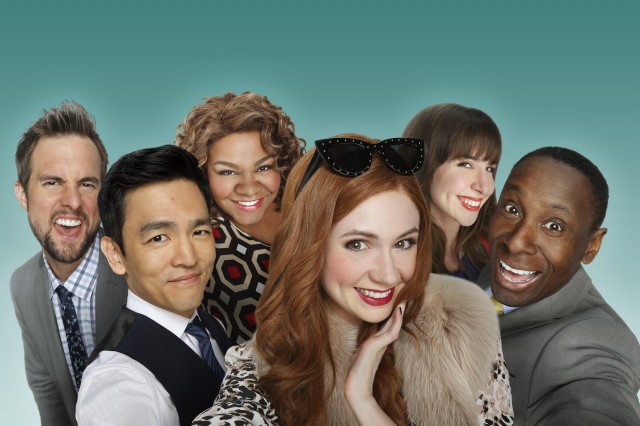 Older viewers may potentially be alienated by Selfie’s hyper-youthful energy and constant social media lingo, so this seems to be a comedy best viewed by teens and young adults. Still, given that Modern Family and The Goldbergs already exist on ABC to appeal to older adult audiences, Selfie’s spot as a new, modern show for younger people is welcome, if it can sustain its premise.

With strong leads, decent laughs and some good ideas, Selfie feels a bit lukewarm in its pilot, but its potential is noticeable. If it keeps improving itself, finds an audience, and takes it down a notch with trying to be hip for the young’uns, it should be a decent comedy offering from ABC.

Advance Pilot Review: Selfie
Selfie is a bit air-headed and overly dependent on pop culture humour in its pilot, but it's a decently funny idea that carries some undeniable potential.
THE GOOD STUFF
THE NOT-SO-GOOD STUFF
2014-08-21
65%Overall Score
Reader Rating: (0 Votes)
0%