Fans of the Xbox 360’s free-to-play action-RPG, Ascend: Hand of Kul likely encountered a nasty surprise when trying to access the game today; The game has entirely ceased support, and has been removed from Xbox Live Marketplace. Microsoft entirely made the call themselves, which was so abrupt and sudden that even developer, Signal Studios was not informed. 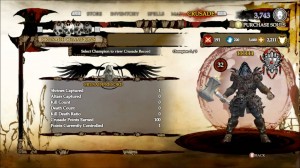 eason as to why they saw fit to kill Ascend: Hand of Kul entirely on their console, not to Signal Studios nor the public at this time. This is especially baffling when one considers that Ascend: Hand of Kul wasn’t even made available for a full year on Microsoft’s console, and that Microsoft initially gave the game a big marketing push, touting it at E3 2012 under its original name, Ascend New Gods, and even making in-game items for Ascend: Hand of Kul a reward for devoted purchasers of the Summer of Arcade 2013 games last year.

The release of the Xbox One may be a factor in the game’s termination, with Microsoft already mostly abandoning direct game releases for Xbox 360 at this point (including their traditional Summer of Arcade lineup on Xbox Live Arcade), in favour of its next-gen successor. This is in contrast to Microsoft’s main competitor, Sony, who is still happily making and releasing games for their last-gen PlayStation 3.

Regardless, Signal Studios discovered the imminent demise of their game on the Xbox 360 while trying to investigate play issues that players were having this past weekend. Apparently, the issues were cropping up because Microsoft was terminating the game, and didn’t let Signal Studios know. Ouch. Signal Studios claims that they are saddened by Microsoft’s sudden decision to take Ascend: Hand of Kul out of the Xbox 360 library, despite its success, and the developer’s best efforts to 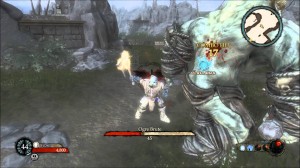 keep it going. Nonetheless, they thank the fans for their support.

Fortunately, all is not lost! Signal Studios is self-publishing Ascend: Hand of Kul on PC, a version of the game that is very much intact, and currently offering a free public beta on Steam. As a demonstration of gratitude for the game’s following, and as an apology for a game removal that was out of their hands, Signal Studios is granting new players a free 25,000 Souls, which are used to buy equipment, magic and character buffs. All existing players will receive a free 10,000 Souls simply for playing the game as well.

Ascend: Hand of Kul is an ambitious free-to-play game that marked one of the first forays into free-to-play gaming on Xbox 360, alongside Happy Wars. The game features a novel multiplayer component that allows players to move between each other’s worlds, constantly waging a war over territory. Earning Souls that could also be purchased with real-world money, players could develop and outfit their player characters according to their play style and specialties.

We are also saddened about the loss of Ascend: Hand of Kul on Xbox 360, but at least we can still enjoy the PC version. Nonetheless, keep harnessing Eggplante for all of your news and updates on high-profile digital games, on Xbox platforms or otherwise.