Following the surprising announcement of stylized interquel, Escape Dead Island earlier this year, publisher, Deep Silver simply claimed that the game would be arriving before the end of the year. Now, we know when exactly we can get our hands on this latest zombie odyssey, as Escape Dead Island is set to arrive on November 18th. 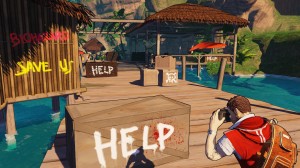 Differing from the more realistic-looking design of the original Dead Island, and its follow-up, Dead Island: Riptide, Escape Dead Island features a cel-shaded art style, and a revised emphasis on stealth, along with a new solo protagonist. The game is being developed by Swedish developer, Fatshark, rather than the series’ usual developer, Techland, and will release for a budget price of $39.99. Its story will bridge the gap between the previous games, and the upcoming Dead Island 2.

Most interesting however is the revelation that anyone who pre-orders Escape Dead Island will get guaranteed access to the future multiplayer beta of next year’s Dead Island 2. How this works is a bit up in the air however, since a beta for Dead Island 2, first announced at Sony’s E3 2014 press conference, was already promised at this year’s E3 to be exclusive to PlayStation 4, and the game 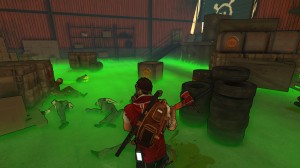 doesn’t appear to be in development for last-gen consoles either. Whether this is the same beta, or a different beta, remains to be determined.

In any case, Escape Dead Island will release for PC, Xbox 360 and PlayStation 3. Look for it this November.

Eggplante will continue to shamble you your news and updates on all things Dead Island.