If you bought an Xbox One without Kinect, and are wishing that you shelled out for the peripheral, then worry no longer. Microsoft has outlined plans to release the Xbox One’s Kinect motion camera standalone, which will be available in just a short while.

The standalone Xbox One Kinect will be offered at retail starting on October 7th, where it will sell for $149.99. This places it at the same initial price as the Xbox 360’s previous Kinect model, which launched back in 2010. This also means that the initial $499.99 Xbox One console that comes bundled with Kinect, the only purchase option for Microsoft’s next-gen console from launch to this past June, offers a saved $50 discount on getting the console and Kinect together.

To help sweeten the pot for those who bought the console without Kinect however, each standalone Kinect will come bundled with a free digital download voucher for Dance Central Spotlight, set to release for $9.99 on the Xbox One Games Store on September 2nd. It’s a small offering, but at least it gives you a Kinect game to play off the bat, if you want to use the peripheral for more than just navigating menus and controlling your video and TV media. 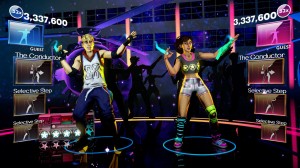 Xbox boss, Phil Spencer has claimed that demand for the Xbox One’s Kinect has increased since Microsoft started offering the $399.99 Xbox One option without Kinect bundled in. He claims that this is because players without Kinect realize they are missing out, and want to purchase the add-on for their console. Apparently, this has also led to a small, but noticeable increase in sales of the $499.99 Xbox One with Kinect bundle, at least, according to Microsoft. Those sales should continue to go up for those interested in owning Kinect, since that bundle represents a better value than buying the console and peripheral separately.

Eggplante will continue to deliver your news and updates on Microsoft and the Xbox platforms.