For the first time in the history of BioWare’s action-RPG franchise, Dragon Age: Inquisition will feature the ability to play with other players in a dedicated online multiplayer suite! 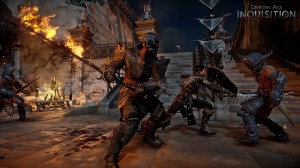 BioWare has given first details on the co-op component of Dragon Age: Inquisition, which appears to share most of the design foundation with the co-op component of Mass Effect 3. Up to four players will be able to team up in one of three dedicated co-op campaigns, available from launch, which feature randomized layouts, allowing for a new play experience each time. The large-scale areas are designed for 20-30-minute play sessions, and completing multiplayer quests will net players gold, which they can spend on new equipment, recipes and other such spoils.

Each of the three core classes (Mage, Archer, Melee) will feature three hero variants, adding up to a total of nine playable multiplayer heroes. Again, all nine will be available from launch. Despite this, BioWare claims that, “Lots of DLC” is in development for the multiplayer compon 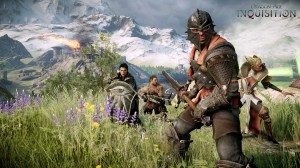 ent of Dragon Age: Inquisition, but that it won’t demand subscriptions or other such fees. Apparently, it’s, “Free DLC for everyone”, or so says BioWare.

While this all sounds well and good, some players may also be soured at the mention of microtransactions, which will be present in the multiplayer of Dragon Age: Inquisition, allowing players to spend real-world money to purchase in-game Platinum, the virtual currency of the game. On the other hand however, since the multiplayer is co-op-based, players paying to speed up their progress can only benefit their allies. On top of this, BioWare has stressed that the microtransactions are solely for players who want to advance quickly, and that absolutely nothing in the multiplayer suite is behind a pay wall, should you prefer to ignore them.

Dragon Age: Inquisition is set to release on November 18th, for PC, Xbox 360, PlayStation 3, PlayStation 4, and Xbox One. It will offer priority DLC releases on Xbox platforms as well.

Keep journeying to Eggplante for all news and updates on the Dragon Age series.