s a select handful of recurring foes in the DC printed pages, only a handful of which have been represented on DC and the CW’s hit television series, Arrow at this point. Another frequent Green Arrow nemesis will soon be headed to the DC Television Universe however, and she’s Oliver Queen’s most lethal fan! 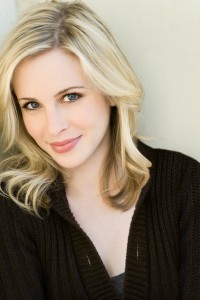 DC villain, Cupid has just been cast on Arrow, and she’ll be portrayed by Supernatural actress, Amy Gumenick, who portrayed Mama Mary Winchester on The CW’s beloved demon-hunting series, or at least, her younger incarnation. Like the DC Comics Universe, Cupid, a.k.a Carrie Cutter, will be a deranged fan of Starling City’s vigilante, with a killer obsession around its hero.

In DC Comics, Carrie Cutter was a former special ops soldier who underwent emotional conditioning to eliminate her sense of fear. A side effect however led to her experiencing murderous emotional highs when she perceived any emotions related to love, tracking down and killing the husband who abandoned her. After a failed intervention by Green Arrow, Cutter retrieves one of the archer’s arrows, and her fixation on Green Arrow thus begins, with her adopting the villain mantle, ‘Cupid’.

Cupid will debut during the sixth episode of Arrow’s upcoming third season, and will re-appear in the seventh. Arrow’s new season is also set to premiere on Wednesday, October 8th, at 8:00-9:00 P.M. EST.

Keep shooting Eggplante for all of your news and updates on Arrow, and the DC Television Universe at large.